Sacrifice feast starts Saturday, but ritual mutton will not arrive until Sunday 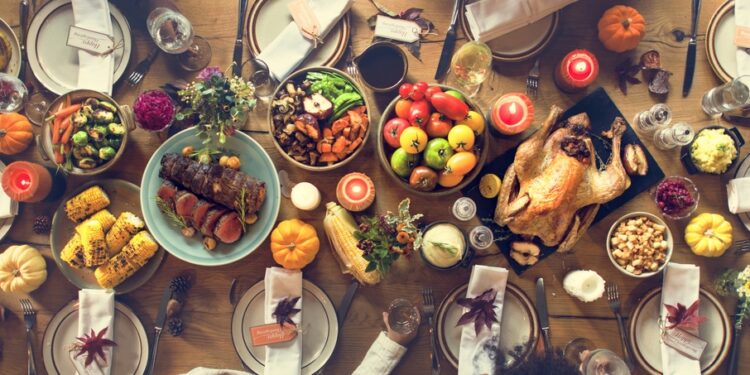 Brussels, (Brussels Morning)-The Muslim community will be dressed in festive clothing this weekend and will sit down at the halal butcher shop. Muslims celebrate the Feast of Sacrifice from Saturday to Monday. This is traditionally done with freshly slaughtered sheep, but this weekend there will be no slaughter at the Abattoir. Whoever wants a piece of sheep that has been slaughtered after prayer has to wait for deliveries from … Scotland.

First the tradition: with the Feast of the Sacrifice, according to tradition, Muslim families slaughter a sheep to share with family, neighbors and especially poorer people. “Originally, you were supposed to slaughter a sheep for the poor who otherwise would never eat meat,” explains a Schaerbeek mosque employee. The ritual slaughter should only take place after the morning prayer on the first day of the Feast of the Sacrifice. This year it is this Saturday at 7 am.

In Brussels, this solidarity is nowadays less done with an entire sheep, but through donations to foreign countries. All kinds of organisations support the slaughter of sheep in Morocco, Turkey or countries such as Indonesia, intended to distribute food there. Donating a complete sheep in Turkey is possible at Diyanet, for example, for an amount of 125 euros. Or you can buy a smaller portion of meat at certain butchers and immediately make a donation for others, says BRUZZ.

A difference with previous years is that the Feast of the Sacrifice falls on a weekend this year, two days of closure for the Abattoir slaughterhouse in Anderlecht. That is the only place where slaughter without stunning is still possible in our country, throughout the year by the way. “We do not slaughter on Saturdays and Sundays, so on Saturdays there will only be meat in the shops that has already been slaughtered on Friday,” says Abattoir spokesman Paul Thielemans. That is, for prayer. For several years now, no temporary slaughterhouse has been set up in Brussels for the Feast of the Sacrifice. Those who still want to follow the real tradition must therefore wait for imported meat from abroad.

The shops at the slaughterhouse do this through wholesalers. “I expect eight or nine trucks from Scotland and Ireland on Sunday, good for several hundred carcasses,” says Thielemans. These are countries with a lot of sheep farming anyway. The sheep are therefore ritually slaughtered there on Saturday after prayer, they go on the boat, then pass through French customs and arrive in Brussels around Sunday afternoon.

Many Muslims will not wait for that, a survey shows. A lot of Muslims already placed an order with their regular butcher this week for pick up on Saturday. “If the meat has not been slaughtered in Belgium, we don’t know whether the ritual has been done correctly,” said Hicham Boucherie in Jette, who will not be organising any orders of their own this year. The halal butcher eats a calf with his family on Saturday, not sheep. “There are also many families who no longer order meat for themselves, but only donate it abroad,” says the Schaerbeek mosque member.

Because of the summer holidays, many Muslims in Brussels will be spending the Feast of the Sacrifice this year with family abroad. In general, Abattoir expects only slightly higher demand for meat. “Maybe a bit more animals are slaughtered on Monday than on other Mondays,” says Thielemans.

It is unclear to what extent slaughter is still taking place at home or elsewhere in Brussels. In 2020 , the Brussels-South police zone discovered a dozen illegal massacres during the Feast of the Sacrifice.