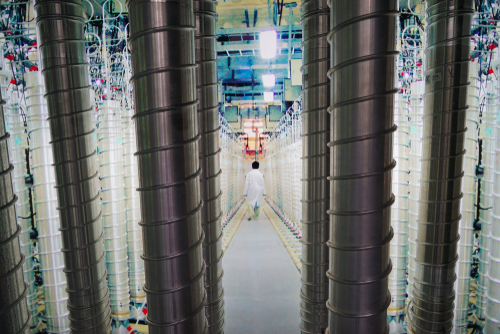 Lavrov revealed that he expects the deal to be salvaged, while he criticised the EU for imposing sanctions against Iran, a move, he said, that could jeopardise the nuclear talks.

Speaking after meeting his Iranian counterpart Mohammad Javad Zarif, Lavrov pointed out that Iran is prepared to work towards saving the Joint Comprehensive Plan of Action (JCPOA) if the US is willing to cooperate.

Commenting on the recently imposed EU sanctions, Lavrov warned that they raise “a huge number of questions” especially since the bloc decided to impose them while sensitive talks on the JCPOA are underway.

In denouncing the sanctions, Lavrov said he hoped “our European colleagues understand that such actions are unacceptable and will take measures not to allow the talks to be derailed”.

The EU imposed asset freezes and travel bans on eight Iranian officials and three entities earlier this week, a response to the role they played in the crackdown on protests in November 2019.

“If there is any kind of coordination lacking in the EU and the right hand is not aware of what the left hand is doing, that’s simply unfortunate”, Lavrov declared. He went further in noting, “if this decision has been deliberately taken amid the talks continuing in Vienna to rescue the JCPOA then it is not just unfortunate — this is a mistake that is worse than a crime”.

Iran willing to return to the deal

Zarif stressed that Iran is willing to implement its JCPOA commitments, which the US withdrew from in 2018.

“But the Americans should know that neither sanctions nor acts of sabotage will give them negotiation tools and these acts will only make the situation more difficult for them”, he stressed.

The sabotage Zarif referred to was the recent cyberattack on the Natanz nuclear enrichment facility, which Iranian media have attributed to Israel.