Russia’s eye is fixed on the Arctic Circle 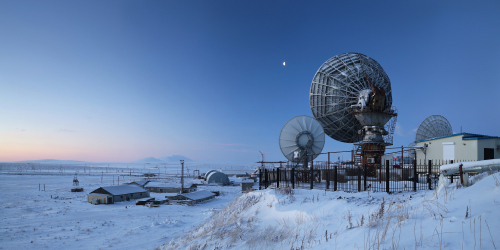 Athens (Brussels Morning) Russia is due to assume the Rotating Chaimanship of Arctic Council, taking over from Iceland and holding the post for the next two years.

Despite current tensions about US-Russian relations, the first meeting between Secretary of State Blinken and Foreign Minister Sergei Lavrov on 19 May was overall positive. During the Arctic Circle Ministerial Council, Blinken and Lavrov engaged in a positive exchange on issues that ranged from climate change to shipping, fishing, and mining.

However, positive engagement is the exception rather than the rule, and according to world-renowned Kreminology expert Dr. Lilia Shevtsova, the first Blinken-Lavrov meeting provoked feelings of cognitive dissonance among the Russian public. She said, “their semi-embraces took place after a harsh spat, when Moscow put the US on the list of ‘unfriendly states’; people are disoriented as to what the US means now”.

For many analysts the Arctic Circle is the newest emerging market.

The climate crisis is particularly visible in Arctic, where environmental change is dramatic. However, Russia approaches this drama with a cost-benefit analysis ethos.

“True, there are issues that are more propaganda stuff —  mainly the climate issue.  People do not understand its value and there are no lobbyists for the climate agenda in Russia.  Thus, it will be rhetoric  for the sake of creating an impression that Russia does matter”, Dr. Shevtsova maintains.

In a recent interview, Russia’s Arctic Ambassador, Nikolai Kurchunov, noted that Moscow will continue to focus on environmental challenges during it’s two-year chairmanship. But this message is not entirely consistent with the one coming from Moscow. President Vladimir Putin recently signed off on a new national strategy document that sets ambitious oil and gas exploration goals to be achieved by 2035 in the Arctic Circle, just as climate conditions change.

That objective is coupled with Russia’s assertive stance in offshore exploration. Moscow aims at a greater “slice” of Arctic resources by looking to consolidate claims over the Arctic seabed, contesting Danish and Canadian claims, with its UN diplomacy geared towards establishing a fair accompli. In line with this strategy, President Putin is prioritising the development of infrastructure along Russia’s Arctic littoral coast.

For Russia, the Chairmaniship of the Arctic Council carries little political weight. “The Russian public is not informed about the role of the Arctic Council and what Russia can get out from its Chairmanship,” Dr. Shevtsova notes, as she claims that, “ having no victories and achievements in other fields, the Kremlin will try to use it for reinforcing the Moscow Great Power  Role”.

This political temprement is quite different than that advanced by Iceland during the last two years.    The Icelandic Chairmanship steered the agenda via  consensus, emphasising environmental sustainability and confidence building measures in one of the world’s most fiercely contested geopolitical regions.

The Arctic Council is a forum with a plethora of stakeholders: littoral states, self-governing nations, and indigenous groups. And the political consensus is that Iceland leaves the Arctic Council in a good place.

There are now new areas of cooperation, including improved waste management and  more support for phasing out black carbon and methane emissions to slow down climate change. The new policy directions promoted by the Icelandic Chairmanship have set a course for Russia.

Despite the semblance of consensus, it appears that the Scandinavian countries are looking to Washington for leadership as they face a more assertive Russia in the Arctic Circle.

In the current political climate, political rhetoric in Moscow is not geared towards consensus building.

“The Kremlin has to spend some energy proving the existence of concessions on the part of Americans. ‘We won and they have backed down’ will be the line”, Dr. Shevtsova explains. “Putin may have got a couple of presents from Biden, but still they are not enough for the Kremlin’s vanity,”she suggests.

There is, however, scope for consensus building.

The US is articulating concerns over Chinese investment the Arctic Circle’s mineral resources (Greenland) and geothermal energy (Iceland).  The Kremlin too may find common cause with Washington in that respect. “Politically the Kremlin could try to get some consensus with the West about one sensitive issue — to block Chinese Arctic aspirations, in the event the Kremlin has the imagination,” Dr. Shevtsova notes.

The Arctic Circle is rapidly remilitarising.

As the icebed is melting, new shipping routes are opening up, giving Moscow the benefit of both onshore and offshore resources, ranging from  fish to possible mineral wealth. Great powers are closing in for what amounts to  a new scramble for the Arctic Circle.

“There have not been so many foreign forces here for a very long time. Not for decades, since World War Two. There is definitely a threat”, Russia’s Northern Fleet Commander, Admiral, Alexander Moiseyev, told the BBC.

Many security stakeholders are seeking Observer status in the Arctic Council, including NATO, the EU and China.

Despite NATO member states and Russia significantly reducing the size of their navies, the development of Russian missile technology means that the Arctic Circle is growing in geopolitical significance. Russia claims that the increased militarisation of the Arctic is legitimate.

Russia is not hiding the fact that it plans to develop maritime or air force bases in the region and tensions could rise before consensus politics return to the region.