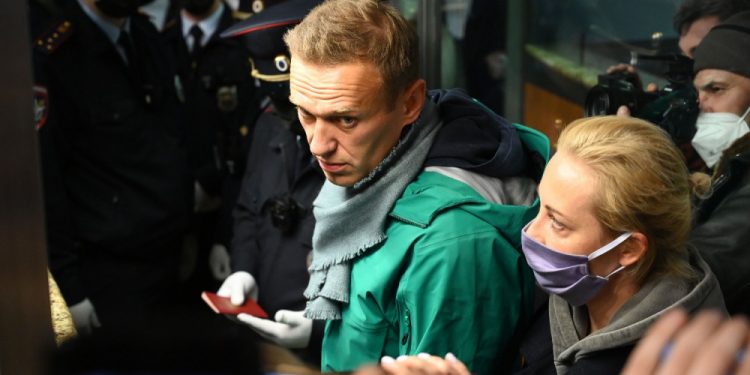 Brussels (Brussels Morning) Russia’s internet regulator has taken down 49 websites linked to the prominent Kremlin critic Alexei Navalny, in what his team claims is the latest step in a massive crackdown on Russian opposition and independent media ahead of the country’s parliamentary elections in September.

Navalny’s close ally Leonid Volkov confirmed on Monday that the state’s online watchdog, the Roskomnadzor, has blocked 49 sites connected to Navalny, including the opposition activist’s personal website, navalny.com. Roskomnadzor has also blocked the sites of Navalny’s anti-corruption NGO and several of its regional offices.

The regulatory watchdog later confirmed that the action was in response to a request by the state prosecutor’s office. This came just days after a group of Russian rights lawyers with links to Navalny announced it would be suspending its work, citing pressure from the prosecutor’s office as the main reason.

The group, named Komanda 29, is also the subject of a prosecutorial request asking the regulator to take down its website. The group itself is likely to face criminal charges in the near future. Previously, Navalny’s anti-corruption NGO was facing a ruling that could declare it an “extremist” organisation, an outcome that would bar its members from running for office.

Navalny’s foundation ceased all operations voluntarily in preparation for such a final verdict, fearing its members could face criminal charges and jail time if the courts find them guilty of continuing to breach their rulings.

Navalny himself is currently serving a jail sentence in a penal colony, having supposedly breached the terms of a suspended sentence that was handed down for alleged financial misconduct. The EU continues to demand his release, since the European Court of Human Rights (ECHJ), whose rulings are binding for Russia, deemed his original sentence to have been politically motivated.

Moreover, the supposed breach occurred at a time when Navalny, with the explicit permission of President Vladimir Putin, was being treated in Germany for a poisoning most likely inflicted by Russian intelligence operatives.