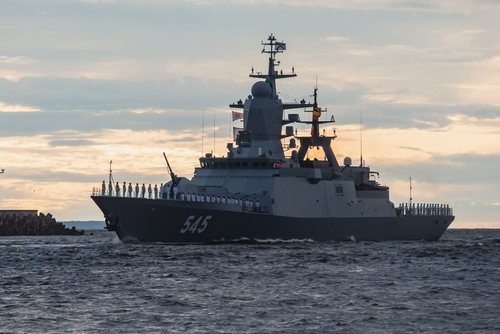 Brussels (Brussels Morning) An incident involving a Dutch warship and a number of Russian fighter jets took place in the Black Sea last week but only came to light yesterday when the Netherlands publicly condemned what it described as the “mock attacks” on its frigate..

A Dutch Defence Ministry release on Tuesday condemned the “repeated harassment” of the frigate, HMNLS Evertsen. The Dutch statement claimed that the Russian jets had conducted unsafe manoeuvres, performing “dangerously low and close by” flybys, while engaging in “feint attacks”. The ship was also reportedly subjected to electronic warfare, with some of its systems disrupted for a while.

Dutch Defence Minister Ank Bijleveld-Schouten announced that his country would “address Russia” about the incident. He denounced the Russian actions as “irresponsible”. The Evertsen, he said, had “every right to sail there”. There was no justification for so aggressive an act, he added, in that it needlessly increased the chance of accidents.

Russia’s Defence Ministry said it had scrambled fighter jets and bombers in order to stop the Dutch frigate from entering Russian territorial waters, referring to the area near the Crimean peninsula, which Moscow annexed in 2014, and which most UN members still view as being part of Ukraine.

HMS Defender and HMNLS Evertsen temporarily detached from Strike Group 21 to enter the Black Sea earlier this month. They are expected to rejoin the task force as it proceeds to conduct missions in the Asia-Pacific region.