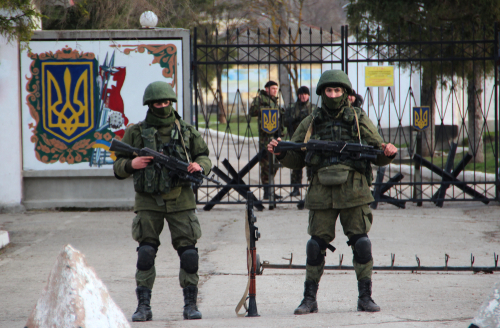 Brussels (Brussels Morning) Russia has announced that it is to deploy a new regiment of paratroopers to the annexed Crimea peninsula, the controversial territory most western countries consider to be an integral part of Ukraine annexed by Russia.

According to the news agency Interfax, the Russian military announced it will establish a new regiment on the Crimea peninsula, In doing so, the authorities used the occasion to protest the agreement between Ukraine and the UK, whereby Britain is to finance the expansion of Kiev’s naval capabilities.

The framework agreement between Kiev and London allows the Ukraine to purchase naval missiles and build missile ships and a naval base on the Sea of Azov. Moscow views the deal as a threat to its interests and as unacceptable meddling by Britain.

“We see this fact as the latest practical evidence of increasing British military activity in the states bordering Russia, in particular Ukraine”, Russian Foreign Ministry spokeswoman Maria Zakharova said during a weekly briefing.

In recent weeks, there have been a number of Russian protests against western military support of any kind for Ukraine. NATO and the Ukraine, meanwhile, have repeatedly expressed their growing concern about Russian troop movements near the country’s border with Ukraine.

Moscow has denied that the movements are “threatening anyone”. It insists that it is its sovereign right to deploy its troops as it likes on its own territory, and has been criticising the media for what the Kremlin calls “alarmist news reports”.

In parallel with the Russian announcement of deploying a new regiment of paratroopers to Crimea, the Ukrainian Ministry of Defence declared that its armed forces had conducted drills near the border with Crimea, contributing further to the rising tensions between Moscow and Kiev.