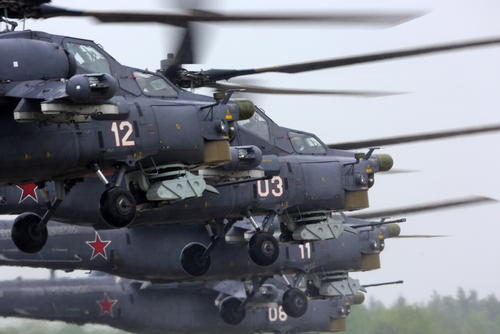 Belgium (Brussels Morning Newspaper) Russia said on Friday that it is taking “adequate countermeasures” in response to Sweden and Finland seeking to join NATO, which Moscow considers “an increase in military threat” near the country’s western borders.

Russian Defence Minister Sergei Shoigu held a speech on Friday, listing the Swedish and Finnish bids among a number of military threats increasing in the northwest of the country. Shoigu also noted that the US has stepped up its strategic bomber flights, sent warships to the Baltic Sea, and has intensified its training exercises with its NATO partners in the region.

Shoigu did not clarify whether the 12 units and divisions would be formed with fresh recruits or merely by redistributing smaller units from other military districts. He did note that the establishment of new bases would be accompanied by a surge in military equipment and weapons, announcing the military plans to procure “more than 2,000 pieces of such equipment,” without going into details.

Russian President Vladimir Putin said earlier this month that Swedish and Finnish NATO membership did not pose a threat to Russia, but warned that Moscow would certainly respond if NATO boosted military infrastructure in the two Nordic countries.

After launching their bid to join NATO on 18 May, Swedish and Finnish prime ministers, Magdalena Andersson and Sanna Marin, met with US President Joe Biden in the White House on the following day, where the US leader expressed strong backing for both countries to join the alliance, calling them “great democracies” and “highly capable partners”.

Finland shares a 1,340 kilometres-long land border with Russia, and its membership in NATO would effectively double the size of the border Russia currently shares with NATO countries. Sweden only has a maritime border with Russia.