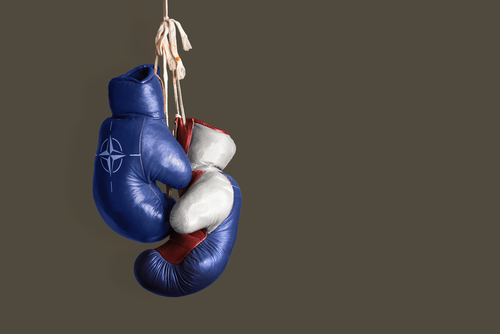 Conflict between Russia and the NATO

Brussels (Brussels Morning) Russia’s Deputy Foreign Minister, Sergey Ryabkov, declared today that the diplomatic talks with the US in Geneva on Monday, and with NATO in Brussels on Wednesday, had shown there was a “dead-end” given the “difference of approaches”, and that he saw no reason to sit down again to restart the same discussions.

Speaking on RTVI television, Ryabkov said that Russian military specialists were presenting “options” to President Vladimir Putin in case the situation revolving around Ukraine worsens. However, he did add that diplomacy must be given a chance.

After talking to the US and NATO, Ryabkov attended talks in Vienna with the Organisation for Security and Cooperation in Europe (OSCE), although Poland’s Foreign Minister, Zbigniew Rau, was later to report that no progress had been made, as he warned that Europe is now verging on the brink of war.

“It seems that the risk of war in the OSCE area is now greater than ever before in the last 30 years,” Rau observed. “For several weeks we have been faced with the prospect of a major military escalation in Eastern Europe”, he added, refraining from naming Russia or Ukraine specifically.

Russia had prompted the negotiations with the US and NATO because of its troop movements, having placed more than 100,000 troops in the vicinity of the Ukrainian border, reportedly ready to invade at a moment’s notice.

Claiming that Moscow has been forced up against a wall with nowhere to retreat, President Vladimir Putin had demanded that NATO pledges never to accept Ukraine as a member, and to roll back its decades-long expansion into what was once a Soviet sphere of influence. Moscow contends that these are the terms that would help bring about a de-escalation of current tensions. However, NATO refuses to let Moscow “dictate its policy”, while the US is accusing Russia of “negotiating with a gun to Ukraine’s head”.