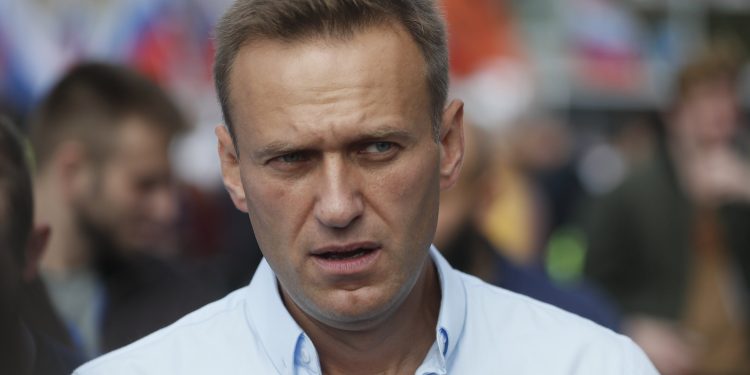 Russia has said it does not intend to investigate the suspected poisoning of the opposition Kremlin critic Alexei Navalny, who is in a coma in a German hospital, saying there was no evidence of any crime.

The prosecutor general’s office said it saw no basis to open an inquiry after a preliminary investigation. Vladimir Putin’s press spokesman, Dmitry Peskov, said there was little reason to act since a poisonous substance had not been discovered.

“Here, in this case, nothing has changed. We still, unfortunately, do not have an understanding of what caused the condition the patient is in now,” Peskov said, refusing to identify Navalny by name.

The Kremlin’s reluctance to open a meaningful investigation into Navalny’s apparent poisoning is hardly a surprise. On Tuesday Peskov dismissed accusations that Putin might be behind Navalny’s sudden illness as “empty noise”, “idle talk”, and not “serious”.

Navalny collapsed last week on a flight to Moscow after drinking a cup of tea at Tomsk airport. He was flown to Germany on Saturday and remains in a medically induced coma at Berlin’s Charité hospital.

German doctors confirmed on Monday that Navalny was contaminated with a cholinesterase inhibitor – a group that includes nerve agents and pesticides, as well as certain drugs. They have not identified the specific poison. Further tests are being carried out.

Navalny is likely to survive but the long-term effects are not known, the hospital said. He is being treated with atropine, the same antidote used after the 2018 nerve agent attack in Salisbury on Sergei and Yulia Skripal.

According to La Stampa, Italy’s prime minister, Giuseppe Conte, raised Navalny’s poisoning on Wednesday during a telephone call with Putin. Russia’s president avoided mentioning Navalny by name but reportedly said there were “no traces of the offending substance in the organism of the affected person”. He asked Italy to share relevant “evidence”.

Meanwhile, Navalny’s press secretary, Kira Yarmysh, complained on Thursday that Moscow state television was feeding its viewers disinformation about what had caused Navalny’s collapse. Russia’s channel one reported on its website that Navalny fell ill after consuming an energy drink.

“It’s a lie. Alexey didn’t drink an energy drink. And I didn’t talk about it,” tweeted Yarmysh, who was with Navalny when he fell sick.

The story originally appeared on the RIA FAN news site, attributed to an unidentified “source”. The site is part of sprawling media empire belonging to Yevgeny Prigozhin, a close ally of Putin’s, who has been indicted in the US for running St Petersburg’s notorious “troll factory”.

On Wednesday, Prigozhin said he intended to “ruin” Navalny if the opposition activist recovers. The oligarch intends to enforce a $1.2m court fine made against Navalny last October for a video he made about Prigozhin’s catering company.