Russia pressing on with Nord Stream 2 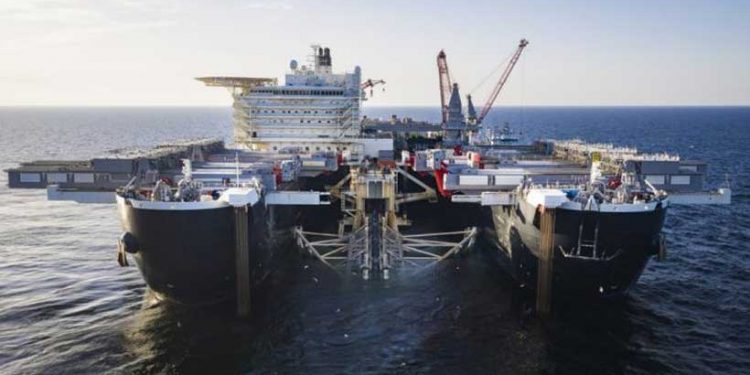 Russia is pressing on with the Nord Stream 2 gas pipeline project despite mounting opposition from the West, Reuters reported on Wednesday.

Refinitiv Eikon ship tracking data indicates that Russia has sent the Ivan Sidorenko offshore supply ship from St Petersburg to the German port of Mukran, where pipes for the gas pipeline project are being stored. The ship is expected to supply the pipes to the Akademik Cherskiy pipe layer currently in Mukran. According to the Russian daily Kommersant, this is to ensure the laying of the pipeline is completed. The Reuters notes that the Russian daily did not cite any sources.

Kremlin spokesman Dmitry Peskov said was wrong to link the Nord Stream 2 project to the Navanly incident, given that the commercial nature of the project aligns with the interests of Russia and the EU, Germany especially.

Chancellor Merkel’s predecessor Gerhard Schröder is chairman of the board of the Russian energy company Rosneft as well as Nord Stream, the sister company of Nord Stream 2.

The Nord Stream 2 project ground to a halt last December when the US targeted sanctions at companies providing ships for laying pipes.

Germany has offered to invest one billion euros to construct two liquefied natural gas (LNG) terminals in an effort to dissuade the US from imposing sanctions over the Nord Stream 2, the German weekly Die Zeit reported on Wednesday. Germany’s Finance Minister Olaf Scholz vowed to provide the funds for construction of the terminals provided the US agreed not to impose sanctions over the gas pipeline project.