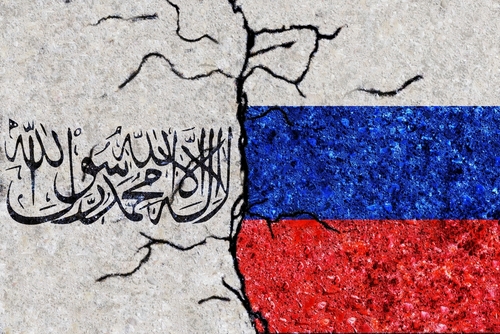 Brussels (Brussels Morning) Russia has called on the Taliban to form an inclusive government in Afghanistan in the course of talks with the Islamist group’s envoys in Moscow, currently paying their first visit there since taking power in their home country.

Russia’s Foreign Minister Sergei Lavrov, hosting the talks in Moscow, stressed that a stable peace in Afghanistan requires “a really inclusive government, fully reflecting the interests of not only all ethnic groups, but all political forces of the country”.

Moscow placed the Taliban on the list of terrorist organisations in 2003, making it a punishable offence to have contact with them, yet has worked for years to establish contact with the group.

When pressured by the media on this apparent contradiction, the Russian Foreign Ministry stressed its exchanges with the Islamist group were essential as part of efforts to help the country stabilise.

While many countries evacuated their embassies in Kabul as the Afghan capital was about to fall to the Taliban, Russia kept its staff in its embassy, and its ambassador has maintained regular contact with the new government’s representatives since the withdrawal of western countries.

Welcoming the Taliban envoys on their arrival, Lavrov praised them for their efforts to stabilise the situation in Afghanistan, and to ensure the continuous operation of necessary state services.

Prior to the meeting, Russia’s President, Vladimir Putin, made clear there should be no rush to formally recognise the Taliban, but that they needed to be engaged in talks. He warned of the security risks posed by the Islamic State group in northern Afghanistan, while also noting that drug trafficking would continue to present a challenge.