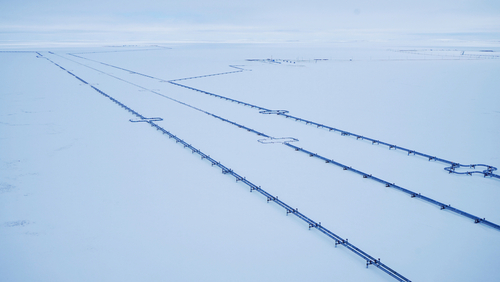 Brussels (Brussels Morning) Russia halted natural gas flow via the Yamal-Europe pipeline to Germany, reportedly having reversed the flow according to data from the German Gascade pipeline operator on Saturday.

This marked the second time in recent days that the flow of gas through the pipeline has been reversed, Reuters reported.

The pipeline connects Russian natural gas fields in Siberia with Germany and Poland in the EU.

Some European politicians are accusing Russia of limiting gas supplies deliberately in order to pressurise the EU into finalising approval of the Nord Stream 2 gas pipeline, which is currently in the process of being licensed in Germany.

Moscow denies this, and has promised to increase deliveries once Russian stocks have been replenished, something it expects to achieve today.

Gascade pointed out that gas flow at the Mallnow metering point came to a stop on Saturday, having stood at more than 3 million kWh per hour since Thursday.

The Polish PGNiG gas company stated that gas was flowing into the country from both directions. “Everything is fine from our point of view”, a company spokesperson said, indicating that “the contract with [Russian energy giant] Gazprom is being executed.”

The flow of natural gas between Germany and Poland is managed by Gaz-System, the Polish operator, and by Gascade, its German counterpart, based on customer demand.

Last week an analyst claimed that the reversal of gas flow reflects Polish demand, pointing out that prices are high and supplies are tight.

According to PGNiG’s agreement with Gazprom, the Russian giant supplies Poland with approximately 10 billion cubic metres of natural gas per year, with the lion’s share provided under a take-or-pay deal.

Traders point out that Poland can switch to deliveries from the West should the country buy enough gas from Gazprom under the agreement.