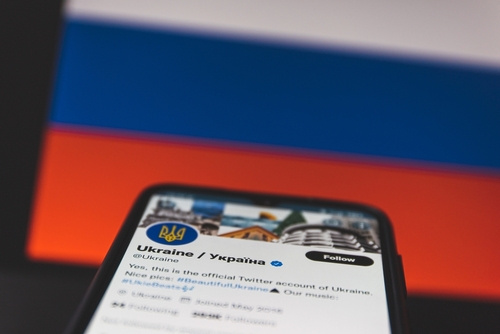 Belgium (Brussels Morning Newspaper) Russia announced on Wednesday that it will expel a total of 85 European diplomats from its country in a tit-for-tat move after a number of EU countries expelled Russian diplomats following President Vladimir Putin’s invasion of Ukraine.

According to the Russian Foreign Ministry, the move will affect 34 diplomatic staff from France, 27 Spanish diplomats and staffers in Russia, and 24 from Italian diplomatic missions. All three countries condemned the move.

Italian Prime Minister Mario Draghi reacted to the Russian Foreign Ministry announcement by calling it a “hostile act”, saying diplomatic channels must not be interrupted. The Italian Foreign Ministry stressed that its staff had always acted in accordance with the Vienna Convention.

The Italian Ministry also reiterated its “firm condemnation of the aggression against Ukraine by the Russian Federation”, and demanded for an “immediate ceasefire”, stressing it would end the suffering of civilian populations and “guarantee the start of concrete negotiations”.

Spain condemned the Russian retaliation as a move not based on the principle of reciprocity. The Spanish Foreign Ministry noted it had “duly justified security reasons” for expelling the Russian embassy staff from Madrid, noting the current Russian decision had no such reasons.

The French Foreign Ministry said it deplored the Russian announcement as “an unjustified response” to its April decision to expel “several dozen Russian agents acting on our territory under diplomatic status and working against our security interests”.

European Union countries have so far expelled more than 300 Russian diplomats and embassy staffers from their territories since the Russian invasion of Ukraine began on 24 February. In many of their decisions, the foreign ministries of EU countries accused the diplomats being expelled of engaging in espionage, something that Moscow has denied.

Russia has previously retaliated by expelling 45 Polish diplomats and staffers, and 40 Germans from the Moscow embassy and consulates in St. Petersburg, Kaliningrad, Novosibirsk and Yekaterinburg. Moscow has also announced plans to retaliate against Finland, Romania, Denmark, Sweden, Norway and Japan, among other countries.