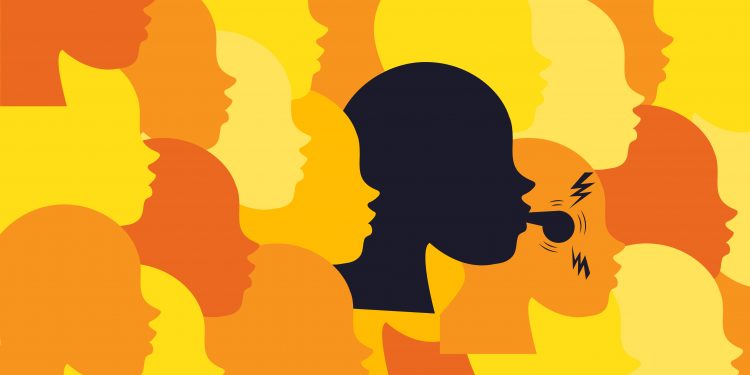 Brussels (Brussels Morning) At least 488 journalists were held in prison in 2021, the highest number ever recorded by Reporters Without Borders (RSF) since the global press freedom watchdog began keeping score, 25 years ago.

The number of incarcerated journalists grew around 20% compared to 2020, primarily due to the crackdown on critical media voices in Myanmar, Belarus and Hong Kong. On the other hand, 2021 also saw the least number of journalists killed in one year, a reflection of the relative stabilisation of conflicts in the Middle East.

China tops the list in the number of jailed journalists in 2021, currently having 127 journalists in its prisons. The figure, larger than last year, primarily grew as a consequence of the imposed national security law in Hong Kong, which RSF claims had been used as a pretext for arresting and detaining at least 10 journalists by 1 December.

The top five countries rated by the number of detained journalists also includes Myanmar with 53, Vietnam with 43, Belarus with 32 and Saudi Arabia with 31. Belarus stood out as the only regime that incarcerated more female than male journalists, with 17 female journalists currently in the country’s prisons.

Belarus also comes up as the site of the year’s most spectacular arrest, that of opposition journalist Roman Protasevich in May, when the Belarus air force forced a commercial Ryanair flight flying from Athens to Vilnius to land in Minsk. Claiming there was a bomb on board, the Belarus authorities escorted the plane with fighter jets to Minsk airport, where security officials detained Pratasevich and his girlfriend. His arrest resulted in a new wave of western sanctions against Belarus, and the closure of European airspace to the Belarus air carrier.

Thanks to the waning conflicts in the Middle East, the annual number of murdered journalists has dropped, but the reduction of those killed in conflicts also saw a rise in the percentage of journalists and media workers assassinated. Out of 46 journalists killed in 2021 in relation to their work, 16 were killed while reporting, whereas 30 were either murdered or deliberately targeted.

Tags: 488 journalists were held in prison in 2021Reporters Without Borders (RSF)