Royals Harry and Meghan speak out for Black History Month 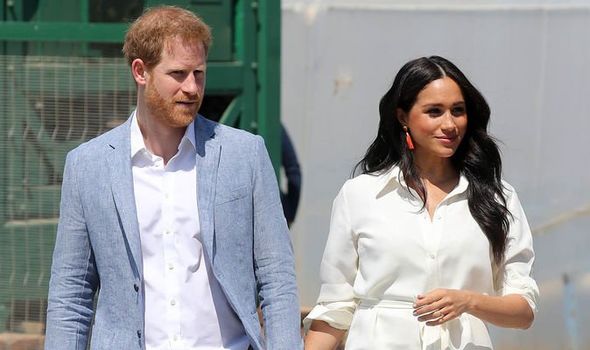 In an article written for and interview with London paper the Evening Standard, the Duke and Duchess of Sussex named their next Black trailblazers for the annual recognition of black history in Britain. They also spoke about the importance of representation and acknowledging structural racism.

The Duke of Sussex Harry, noted his “awakening” after his marriage to Meghan and becoming more aware of issues around race.

“I wasn’t aware of so many of the issues and so many of the problems within the UK and also globally as well. I thought I did but I didn’t”, he said.

“You know, when you go into a shop with your children and you only see white dolls, do you even think: ‘That’s weird, there is not a black doll there?’… I use that as just one example of where we as white people don’t always have the awareness of what it must be like for someone else of a different coloured skin, of a black skin, to be in the same situation as we are, where the world that we know has been created by white people for white people”.

They also said that while there has been progress, it was not sufficient over the last 30 years Black History Month has occurred.

The royals, who stepped down as senior members of the royal household earlier this year, also revealed their Black History Month Next Trailblazers picks.

In an article for the paper, they wrote:

“For people of colour and specifically for young black Britons, the importance of representation in all parts of society, of seeing role models that share the same colour skin as them, and seeing and reading stories of success and of hope from those who look like them, is absolutely vital in opening doors of opportunity.

“Not only that, but representation in positions of power and decision-making is necessary — because that’s how equity and opportunity are translated from words to action”.

The duke and duchess have divided public opinion in Britain since their marriage in May 2018. The British tabloids have also been accused of hounding the former actress, which some say is rooted in racism.