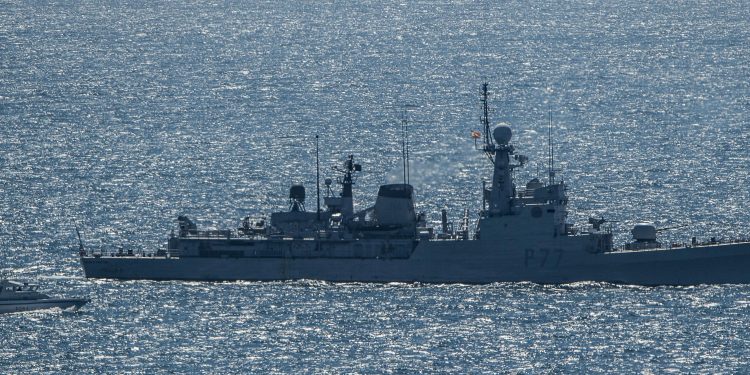 London (Brussels Morning) The crew from a Spanish customs boat off Europa Point, the southernmost point of Gibraltar, attempted to board a small boat in technically British waters on Monday.

According to the Gibraltar Chronicle, the incident happened just after 4.00 pm and was considered an illegal manoeuvre.

The UK will raise the issue with Spain on the basis the customs boat, operated by the Servicio de Vigilancia Aduanera [SVA], did not have jurisdiction to police British territorial waters. A Spanish helicopter was also spotted in the sky nearby at the time of the incident.

At this point, it is not clear why SVA approached the boat that was being used for recreation and had four people on board or if it was even Gibraltar-registered.

It was released after the Royal Navy intervention. Witnesses also spotted other law enforcement vessels and personnel at the scene after the incident.

“The Government is looking carefully at the data being provided in respect of this incident”, said a spokesperson for the Government of Gibraltar.

“At first blush, it appears to be another entirely unacceptable incursion that must be strenuously protested”.

Spanish boats in British waters close to Gibraltar are a regular occurrence, often with resulting intervention from Navy vessels.

In June, a Spanish warship was escorted out of British waters by four Navy speedboats as it edged close to the beach in Gibraltar.

Some figures show 3,000 Spanish incursions between 2015 and 2020, amounting to around 12 a week, most of which occur by small police boats.

Spain has had a longstanding political claim over Gibraltar. However, it does not dispute Britain’s legal sovereignty over the Rock, whose population voted by referendum to cede to Britain in 1967, since which other referendums have confirmed this position.

Nonetheless, Gibraltar citizens visit Spain regularly for work and other reasons. After Britain leaves the EU, Gibraltar will also leave the bloc. Talks are underway of the enclave joining the Schengen zone, so Gibraltans’ can benefit from visa-free travel across the member countries, including Spain.