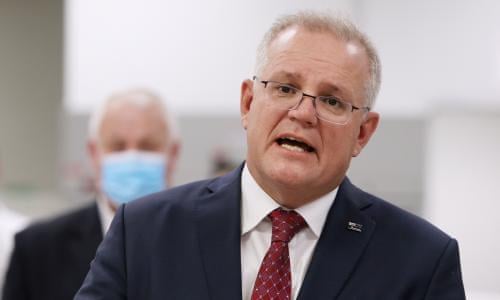 The aged care royal commission has criticised the Morrison government for failing to establish independent monitoring and reporting of aged care quality outcomes, as the government’s performance during the pandemic dominated the first day of federal parliament since June.

It said reporting could be increased without burdening aged care providers. Commissioners Tony Pagone and Lynelle Briggs said unbiased measurement and reporting of performance was “vital to create accountability and continuous improvement in the aged care sector”.

The commissioners warned that “without it, problems are hidden from sight and not addressed”.

“It is unacceptable that in 2020 the aged care system is still without this,” the commissioners said on Monday. “Had the Australian government acted upon previous reviews of aged care, the persistent problems in aged care would have been known much earlier and the suffering of many people could have been avoided.”

The blast from the commissioners came as Scott Morrison continued to insist his government did have a plan to manage outbreaks of Covid-19 in residential aged care.

While apologising to families for hundreds of deaths, the prime minister told parliament 97% of facilities were coronavirus free.

With more than 300 lives lost, the government’s performance in residential aged care dominated parliamentary question time. Labor accused the government of failing to heed warnings from earlier outbreaks, and failing to own up to responsibility for people’s safety.

The aged care minister, Richard Colbeck, used the opening of question time in the Senate to apologise for being unable to recall last week how many people had died in aged care during the pandemic.

Morrison also offered an apology before question time in the House of Representatives, and acknowledged what happened in Victoria was “not good enough”. But the prime minister insisted the government had a plan to minimise the risk of outbreaks.

The government has faced heavy criticism since the counsel assisting the aged care royal commission Peter Rozen QC told that inquiry there was no specific Covid-19 plan, and accused the federal government of displaying “a degree of self-congratulation and even hubris” in the crucial months between the Newmarch House outbreak in April and the developing situation in Victoria in mid-June.

An independent review released earlier on Monday about the outbreak at the Newmarch House aged care home in Sydney’s west found that a lack of staff, and confusion between the levels of government, worsened the crisis at that centre. Nineteen residents died and there were 71 cases among staff and residents during the outbreak.

Given 328 aged care residents had now died during the pandemic, Labor leader, Anthony Albanese, asked Morrison why Australians should believe the prime minister when he said the government had a plan, rather than the counsel assisting the royal commission, who contends there was no plan?

The prime minister said the government rejected the “assertions” that had been made before the royal commission.

The deputy Labor leader, Richard Marles, asked Morrison how many more aged care residents had to die before the prime minister would accept full responsibility for keeping them safe?

He said the commonwealth was responsible “for the funding and the regulation of aged care services in this country” but he said “it is also true, in the course of a pandemic … that there are responsibilities that are held by other agencies of the federation – in particular, the state governments”.

While Morrison endorsed the royal commission deliberations, just before question time, a Liberal backbencher, Jason Falinski, told the ABC he was “not entirely sure a royal commission coming up with policy solutions to aged care was a good idea in the first place”.

Albanese said Morrison was still failing to take responsibility for failings at the commonwealth level during the pandemic. “For this government, you know, the buck never stops. No one is responsible.”

“What we know was that no plan was put in place – we know this from the royal commission opening statement by the counsel assisting,” the Labor leader said. “The fact there wasn’t a plan, and there wasn’t the action that was required.”