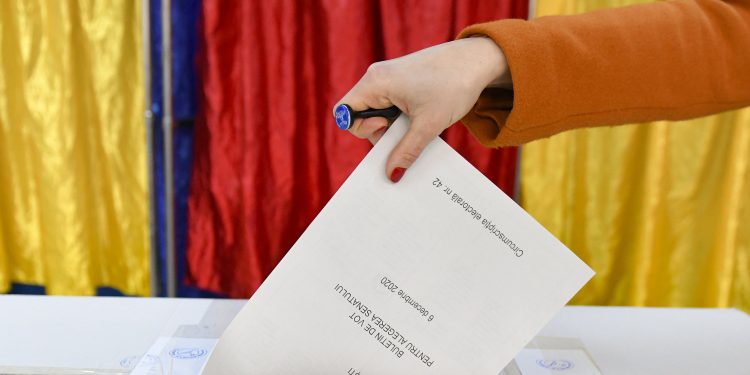 Brussels (Brussels Morning) The Romanian Social Democratic Party (PSD) overtook the governing National Liberal Party (PNL) in parliamentary elections according to results based on 95% of the votes, France24 reported Monday.

Accordingly, the PSD won 30% of the vote, with the favoured PNL coming in second with 25.5% despite being ahead in pre-election polls. This places President Klaus Iohannis in a difficult position since, having campaigned for PNL, he must now determine which party is more likely to be able to form a stable government.

The PSD has been the dominant force in Romanian politics since the collapse of the communist regime. However, the party’s last period in government was marred by street protests over corruption as well as the party’s clashes with the EU and with President Iohannis over judicial reform issues.

The PNL’s pro-EU platform was focused on modernisation, but the party seemingly has paid the price for its handling of the coronavirus pandemic and the ensuing economic crisis. Nonetheless, of the two parties, it is considered more likely to be able to join forces with smaller parties and secure a majority in the parliament.

The parties expected to work with the PNL include the 2020 USR-PLUS Alliance, which won 15.5% of the vote, and the Democratic Alliance of Hungarians in Romania (UDMR), which won 6%. The UDMR represents the Hungarian Minority in Romania and the USR-PLUS is expected to benefit from expat votes, which had yet to be counted.

Romania is among the poorest countries in the EU. Some four million citizens departed  in recent years to pursue a higher quality of life elsewhere, especially in Western Europe.

Political scientist Adrian Ţăranu predicted that while the majority would form around the PNL, it would likely be very fragile, and that the PNL would face long-term struggles to manage such an alliance. He indicated that the PNL might have to work with the PSD on some proposals if it fails to keep tensions with its allies under control. The USR-PLUS, for example, he noted takes a more hardline approach to anti-corruption proposals than the PNL or the UDMR.

The Christian nationalist Alliance for the Unity of Romanians (AUR), which is closely aligned to the Orthodox Church, with 8.8% of the vote, was the only other political party to reach the threshold required for entry to the parliament. The AUR has been to the forefront of an anti-EU campaign and has objected to pandemic restrictions, criticising mandatory face masks and lockdowns.