Rising to the Challenge: Michigan’s Contribution to a Peaceful Transfer of Power

by Kim Hunter
in Features, US Elections 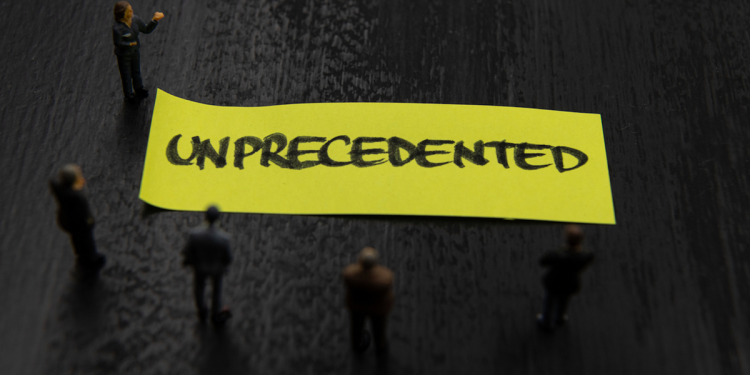 Detroit (Brussels Morning) It’s very likely that the term “unprecedented” may be the most overused adjective to describe any number of events in the past few years. Most of the time, here in Michigan, “unprecedented” has been a euphemism for incredible challenges, if not setbacks.

Emergency managers and austerity usurping the votes of mainly African American voters across the state, massive water shutoffs in Detroit because of unaffordable bills, the poisoning of the City of Flint, police violence and state legislatures attacking workers with Orwellian named “Right to Work” bills. Add the COVID pandemic that has struck the elderly and communities of color hardest and you have the setting under which many of us now band together across lines of color, class, geography and culture to stare down another “unprecedented” challenge. We’re working to insure the peaceful transfer of power from one U.S. presidential administration to another.

The coalition with which I work is We Make Michigan. You can find our organizing pledge here: Michiganders: Pledge to Defend Democracy and Keep Each Other Safe http://bit.ly/WeMakeMI.  Like most others involved in this historic effort, our actions and plans are more about preserving certain basic principles than being for or against any particular candidate.

That said, Donald Trump’s potential, and explicitly threatened, refusal to accept the results of the election is the main threat to our democracy at the moment. His unwillingness to commit to accepting the will of voters sparked organizers to act to protect the democratic institutions that stand between us and a uniquely American, race and color based brand of oppression. We should not have been surprised based on Trump’s “response” to the pandemic which has been erratic when it hasn’t been deadly, virtually calling for the sacrifice of even his supporters to the virus to increase profits.

The bigger the turnout, the better the outcome

As I write this, the weekend before the election, we are still pushing the need for voters to use and protect their vote by showing up in massive numbers. A big voter turnout normally means better electoral outcomes for communities of color, women, immigrants, workers, members of the Queer community and other groups fighting for equity. Indications are that voter turnout will be high.

Our second goal is make sure everyone knows we are unlikely to know the results on election day. The pandemic and changes in voting laws have resulted in millions of people voting absentee-receiving and completing their ballots at home and returning them either by mail or dropping them in official drop boxes. Many jurisdictions will not be able to count these ballots until Election Day, Tuesday, November 3. This will necessarily delay knowing who has won the presidency. So, we are preaching patience and the need to count each and every vote.

We know patience and fortitude are not Trump’s strong suits, if he has any acquaintance with the those qualities at all. Thus, it would surprise no one if he were to declare victory before the votes are counted. We are preparing for this grim scenario by planning for large, nonviolent mobilizations, to take to the cool, fall streets if need be, all over Michigan.

Besides beating back lies of premature victory, a large, public, multiracial, multiethnic, geographically diverse coalition can counter Trump’s message of racial division and anti-immigrant rhetoric and policies. Diverse, loud but peaceful public outpourings from all over the state showing up in solidarity with one another can undo the narrative that pits urban communities of color against whiter suburbs and rural areas.

Solidarity to bridge over the hump

We have no idea if we will have to mount massive nonviolent resistance or how long we may have to be in the streets. I personally have entertained fantasies of Trump losing and flying to Moscow to be in the only country from which he is unlikely to be extradited in order to avoid criminal prosecution for more crimes than most of us can recall. The irony of his sharing exile with Edward Snowden could be the source of a television series and would turn our demonstrations to pure celebration.

But that would be a more positive outcome than the current White House occupant has recently been associated with. His childish unpredictability means we must gear up to support one another through the winter if need be.

For that, we will need the positive vision that artists and cultural workers bring to situations like this, songs and visual art to help sustain us, to help us understand and believe great things are possible if we stand for the best in one another.

That may be what it will take to get us over this hump, for us to grant ourselves the sort of breathing and discussion space necessary to right the wrongs and heal the divisions of the past few years. If none of that is needed to protect the will of the people, all of our efforts will still have been worth it. If we’ve learned nothing else from the COVID onslaught, we’ve learned the value and necessity of being with and supporting  each other.