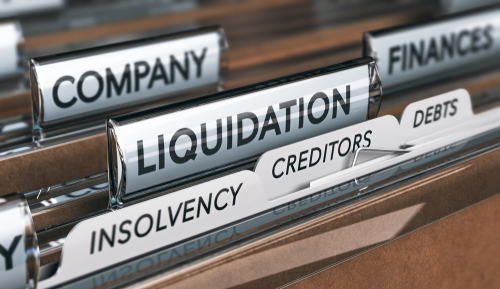 Brussels (Brussels Morning) The European Commission warns that the bloc could face a rise in insolvencies once economic aid measures end, Reuters reports.

When the time comes and EU member states start withdrawing schemes that have been keeping many businesses afloat in the coronavirus crisis, the EC expects more bankruptcies and a surge of non-performing loans.

In a document prepared for next Monday’s meeting of eurozone finance ministers, the Commission points out that EU member states averted the anticipated rise of insolvency with close to 2.3 trillion euro worth of support measures.

As these measures end, however, businesses that have exhausted their reserves because of the pandemic-induced restrictions will be in a difficult position, the EC warns.

Situation was difficult before the crisis

It points out that economic measures saved approximately 25% of EU companies from bankruptcy by the end of last year. About half of those were deemed to be at high risk of default before the crisis started.

Eurozone finance ministers are to discuss plans for weaning companies off support and will look to identify viable ways of sustaining their recovery with the help of investors from the private sector.

An unnamed senior eurozone official noted “there is full agreement that fiscal support needs to be maintained for now, for quite a while,” adding that support measures should be adapted and gradually become more targeted.

The EC pointed out that the ratio of bad loans in the eurozone stood at 5.23% in the second quarter of 2020, with about 587 billion euro of bank loans under moratorium in the third quarter.

“Overall, the volume of non-performing loans is expected to rise across the EU, although the timing and magnitude of this increase remains uncertain,” the Commission noted.

It noted that the banks were in a stronger position than in the 2008 financial crisis and believed that should help them deal with expected shocks better.Restrictions affected restaurants and hotels the worst, with about 75% facing solvency problems, followed by the transport sector and automobile, metal and textile industries. France, Italy and Spain experienced the highest surges of borrowing from banks, which reversed the decade-long decline of corporate debt to banks, the EC concluded.