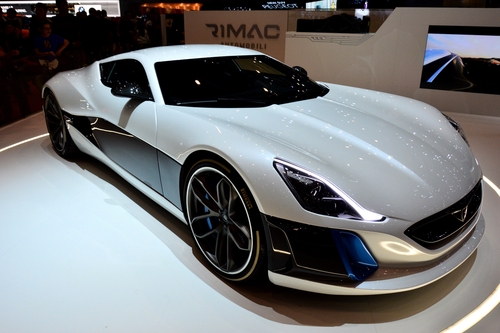 Brussels (Brussels Morning) Croatia’s hypercar manufacturer Rimac Automobili has become the majority owner of the French luxury car brand Bugatti, having formed a joint venture with Porsche that will see the Croatian company manage both brands in the future.

In a late-evening press conference, Rimac CEO Mate Rimac announced the joint venture. The newly merged company will be named Bugatti Rimac. A new umbrella company, Rimac Group, will hold a 55% stake, while Volkswagen’s Porsche AG will hold the remaining 45%.

A separate new company, Rimac Technologies, which is fully owned by the Rimac Group, is to continue developing batteries and powertrains for electric cars, which until now, has been Rimac’s primary source of income.

All three companies are to be based in a Zagreb suburb, where Rimac currently is constructing a Silicon Valley-inspired, tech campus, which is set to open in 2023 and plans to eventually employ 2,500 people. Mate Rimac will remain the Group’s CEO and will manage both car brands in future.

While headquarters and tech development will be Zagreb-based, the two brands will be preserved and marketed separately, with Bugatti continuing to be manufactured in France.

First formed in 2008, Rimac Automobili grew from a garage tech company employing a handful of people into one of the major tech suppliers for legacy car brands such as Porsche and Hyundai. Both have invested in the company’s expansion.

Unveiled last month, the company’s latest car, the Rimac Nevera, is designed to be the fastest-accelerating car in the world. It is also, the fastest serial-production electric car in the world, Each model comes with a price tag of more than 1 million euro.

Bugatti, reportedly, has been a loss-maker for Volkswagen, which acquired the brand in 1998. Rimac will now be tasked with turning the company around before the Group goes public, a move that is currently planned for next year.