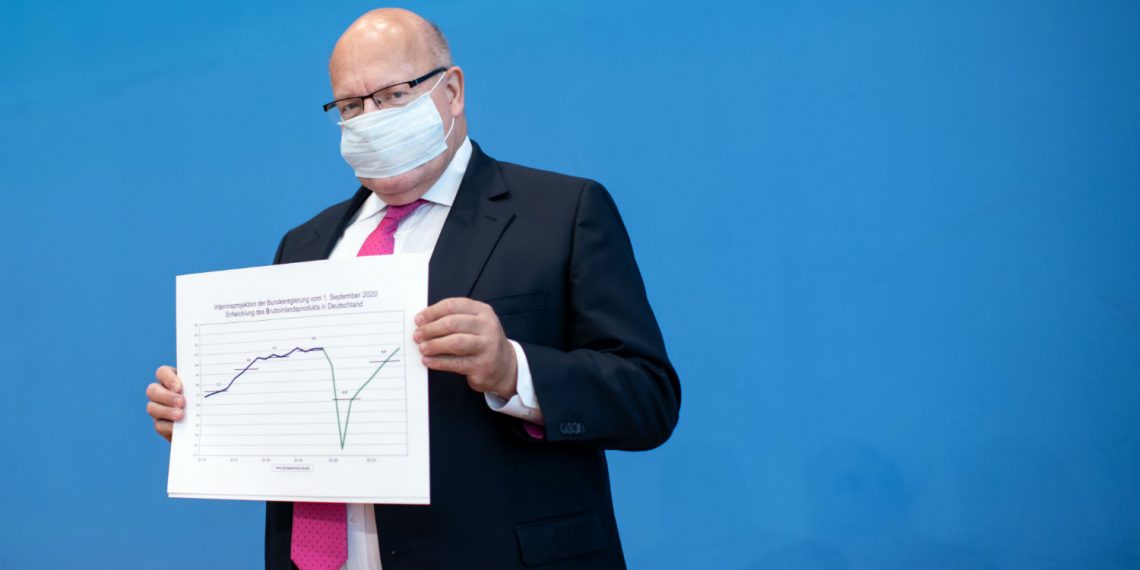 Brussels (Brussels Morning) Germany’s Ministry for Economic Affairs and Energy warned that restrictions imposed with the aim of curbing the spread of coronavirus have slowed down economic recovery in November, Reuters reported on Friday.

In its monthly report, the Ministry reminded that restrictions were tightened at the start of the month and noted that the closure of bars, restaurants, theatres and cinemas has had negative effects on consumption.

Heads of German states and Chancellor Angela Merkel are to meet today to discuss whether restrictions imposed for 30 days at the start of November are sufficient to curb rising infection rates. Germany’s Minister of Health Jens Spahn noted on Friday that it was too early to say whether new restrictions would be extended beyond November. He did point out that the number of confirmed new daily coronavirus infections in the country exceeded 23,500.

On Wednesday, the German Council of Economic Experts predicted the drop in annual GDP  would not be as severe as initially expected thanks to positive trends in the summer, but warned that the second wave of infections was jeopardising economic growth in 2021. Germany’s GDP grew 8.2% in the third quarter due to increased consumption and exports, with some experts predicting the second lockdown would cause a slight economic decline in the final quarter.

On Thursday, Germany’s Minister of Finance Olaf Scholz noted the partial lockdown imposed this month would dampen economic growth in the final quarter, but stressed that government aid should cushion the blow. The aid measures, Scholz said, aimed at compensating businesses for the imposed restrictions would probably cost more than the originally planned 10 billion euro.

ZEW head Achim Wambach noted that financial experts are worried about the effects of the second wave of infections on the economy. The data suggests the economy should contract in the final quarter, he warned, and concluded that experts are concerned the economy could slip back into recession.