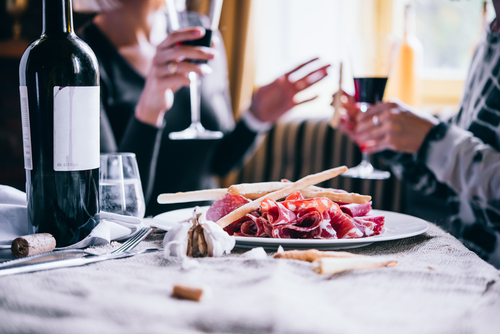 Restaurant or bar table with plate of appetizers and wine. Two people talking on background

Brussels (Brussels Morning) The Spanish hospitality sector has warned that while other countries helped small businesses, Spain provided loans mainly, and is now calling on the government to support the sector with direct aid, Reuters reported on Thursday.

The Hospitality Industry Association claims that some 100,000 bars and restaurants could go under by the end of the first quarter this year as a result of the Covid 19 pandemic restrictions.

Up to 1.1 million jobs are at stake, association secretary general Emilio Gallego stated in noting that the sector is in dire straits.

Gallego called for direct aid of 8.5 billion euro to cover fixed costs, stressing that part of the funding could come from EU programmes.

Commenting on the measures currently in place, he pointed out that more is needed to increase spending to pre-pandemic levels. Gallego proposed the introduction of “vouchers for families, cash for consumer spending, as incentives for people to spend a weekend away or to eat in a restaurant.”

Meanwhile, bar and restaurant owners are joining forces behind Begoña Fraire, owner of Étimo restaurant, who launched a platform to sue the government.

According to the lawsuit filed on Thursday, bar and restaurant owners are calling for compensation to the tune of 65% of their average annual revenue, maintaining that they have suffered losses of 67 billion euro.

On Thursday, Reyes Maroto, Minister of Industry, Trade and Tourism, said she respected the sector’s initiatives, but pointed out that it is the recipient of most of the government aid. She said the government is preparing additional measures which she hoped would be announced by March.

One signatory,  restaurant owner Juan José López, noted that while the imposed restrictions may have curbed the spread of coronavirus, their impact was “totally disproportionate to owners as they have pushed us to the brink of insolvency.”