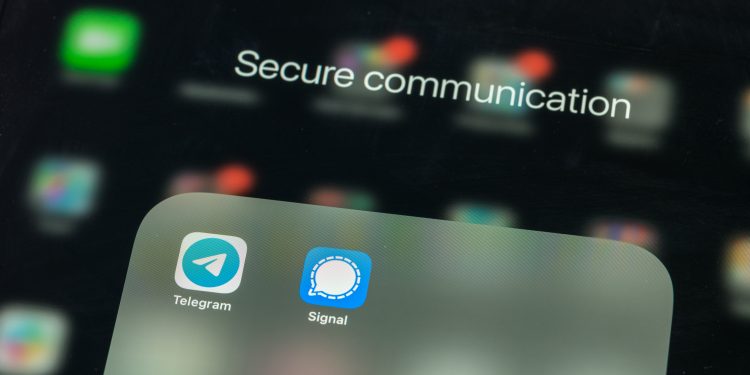 Close up of smartphone screen with focus on Telegram and Signal apps. These are encrypted and secure from end to end

London (Brussels Morning) According to a new report by the UK’s Children’s Commissioner, more encryption on social media platforms could place children at risk.

Following the survey by the watchdog that protects and promotes the rights of children, England’s children’s commissioner Anne Longfield called on the government to ensure tech firms stand up to a robust burden of responsibility,

The report titled ‘Access Denied: How End-To-End Encryption Threatens Children’s Safety Online’, was compiled on the back of research in March 2020 when the Commission polled 2,003 children aged 8-17 on how they use messaging platforms to understand the potential risks such platforms held for minors.

It’s the latest in a programme of studies to understand the digital environment for children by the body.

“Today’s generation of children have grown up with digital technology as a central feature of their lives: an estimated one in three internet users around the world are children, and half of ten year olds in the UK now own their own smartphone”, read the report.

The report found that 90 percent of the children they surveyed used messaging services and more than a third said they received a message that made them uncomfortable.

Ten percent of children said they spoke with a stranger on a messaging app.

While WhatsApp is already fully encrypted, Facebook and Instagram have also announced plans for full encryption on their messaging services.

“It has now been 18 months since the government published its Online Harms White Paper”, said Longfield, “yet, little has happened since, while the threat to children’s safety increases”.

“Ministers can show they mean business by promising to introduce legislation in 2021”, she said.

The Commissioner’s policy analyst, Simone Vibert, and author of the report said it showed hundreds of thousands of children are using messaging apps to contact strangers, including sharing images and photos, which make them feel uncomfortable.

“The fact that there are age limits on these apps shows that the tech giants themselves are aware of the risks, and yet most do very little, if anything, to reliably check the age of their users”, he said.

“The government is very clear that it supports strong encryption, protecting privacy and keeping data secure online”, said a Home Office spokesperson, “but it must not be at the expense of the safety of some of the most vulnerable in society”.