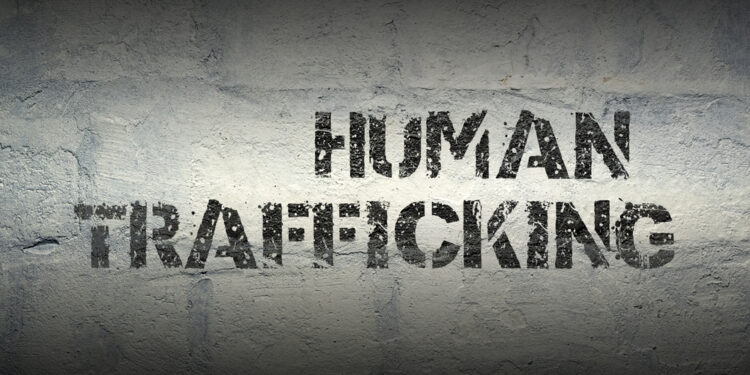 Brussels, (Brussels Morning)-  In the fight against human smuggling and human trafficking, the Minister of Justice Vincent Van Quickenborne (Open VLD) has set up a central reporting point. Victims can report to the specialised help centres on the website www.stopmensenhandel.be. “Brussels is a hub for human trafficking and we want to do something about this with the hotline,” says Van Quickenborne.

On the one hand, this hotline should help victims more quickly and adequately, and on the other hand, uncover criminal networks involved in human trafficking and smuggling more quickly, shut them down and have them brought to justice, says BRUZZ. Van Quickenborne launched the hotline at the start of the United Nations’ Blue Heart Campaign, an annual campaign against human trafficking.

Human trafficking concerns women and girls who are forced into prostitution and are sexually exploited, illegal employment in the construction sector or in the hospitality industry and boys and girls who are used as clandestine domestic help.

In our country, according to the Global Slavery Index, an estimated 23,000 people are victims of exploitation or modern slavery. In Brussels, the PAG-ASA center for human trafficking and smuggling has received more than 1,700 new victims since its creation in 1994 ( 2019 figures ). In 2021, the non-profit organisation received 500 requests for help, of which sixty people were received and supervised.

The dark number is huge, thinks Van Quickenborne. Many people may not dare to go to the police or are not aware of the existence of the centres. This phenomenon occurs especially in large cities and certainly in Brussels. “We have worked very closely with players in Brussels such as PAG-ASA and Team Justice to make the platform what it is today,” said Van Quickenborne’s spokesperson.

The website www.stopmensenhandel.be was launched in English, French and Dutch. In a few months, a central telephone number 24 on 7 will also be available to guide and refer victims.

In the fight against human trafficking, the budget for the three aid centers is also structurally anchored in the legislation, amounting to 279,000 euros per centre. In addition, an additional EUR 50,000 is allocated per centre to strengthen the general operation and EUR 140,000 for the recruitment of additional staff for the crew of the contact centre’s call centre.

On Saturday Manneken Pis will be dressed in Blue to support the Blue Heart Campaign. Flyers with information will also be distributed on Europaplein at Central Station.