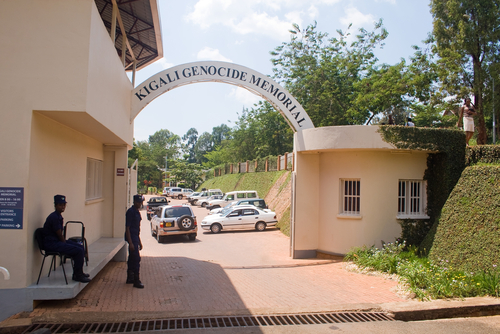 Paris (Brussels Morning) France’s role before and during the 1994 genocide in Rwanda was a “monumental failure”, according to the lead author of a report on French actions at the time, as the authorities finally made national archives covering the period available to the public, AP.reports.

The report, commissioned by President Emmanuel Macron and published last month, cleared the French government of complicity in the slaughter of some 800,000 ethnic Tutsis. However, it concluded that French authorities remained blind to preparations for genocide while supporting the “racist and violent” government of the then-Rwandan President Juvénal Habyarimana.

The report also finds that the French authorities reacted too slowly in recognizing the extent of the killings. Lead author of the report, historian Vincent Duclert, said that, for the past 30 years, “the debate on Rwanda was full of lies, violence, manipulations, threats of trials”, having been conducted in what he described as “a suffocating atmosphere”.

The historian emphasised that France’s role in the genocide “was a monumental failure”, and that it must be acknowleded as such. “Now we must speak the truth”, Duclert said. “And that truth will allow, we hope, (France) to get a dialogue and a reconciliation with Rwanda and Africa”.

Duclert noted that there had been a terrible lost opportunity in 1994 in Rwanda when “there was a possibility to stop the genocide … and it did not happen”. France and the world “bear a considerable guilt”, he declared.

President Macron issued a statement saying that the report marks “a major step forward” towards understanding France’s actions in Rwanda. Macron originally commissioned the report in an effort to confront the French role in the genocide and improve relations with Rwanda.

As part of those efforts, Macron also opened the government archives from the period to the public, and made 7 April – the date the genocide started – an official day of commemoration in France.