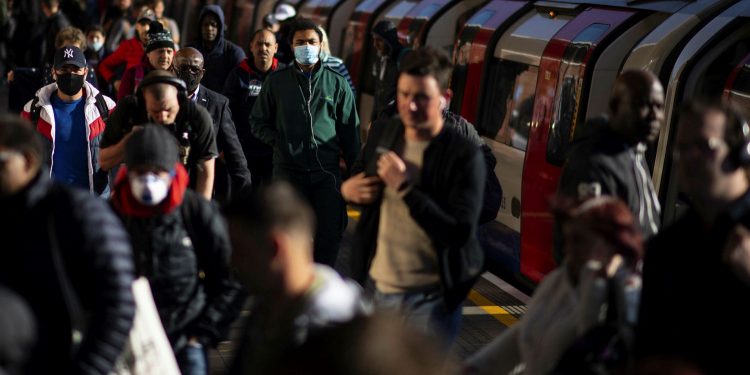 London (Brussels Morning) Redundancies have reached a record high in the third quarter of 2020, as 314,000 employees in the UK were laid off before the government’s job retention scheme was extended beyond the end of October.

The figures were released Tuesday by the Office for National Statistics (ONS), the UK’s official data agency, showing a leap of 133,000 more jobless than in the second quarter.

Unemployment was shown to have risen to 4.8 percent from 4.5 percent between June and August. It’s the highest unemployment rate in Britain since September to November 2016.

The onset of the COVID-19 pandemic this year has caused a global recession. In the UK, the economy contracted by 20.4 percent in the second quarter, the steepest decline of any large economy.

On Monday, a vaccine candidate, developed by Pfizer and BioNTech, was found to be 90 percent effective in trials, causing shares to rally two days in a row. However, the ONS picture suggested the economic fallout from the virus may persist for some time.

Last week, finance minister Rishi Sunak announced the extension of the government’s furlough scheme, subsidising 80 percent of employee pay to encourage businesses to keep staff on their books until life in Britain resumed some form of normality and, in turn, consumer demand.

The scheme was due to end on 31 October to be replaced by a less generous job support scheme.

However, news of a second lockdown galvanised objection from businesses and concern for the fate of thousands of workers amid reports that a new class of ‘hungry’ and ‘poor’ was emerging in Britain – one with mortgages and car payments to meet.

The government u-turned on its decision, eventually announcing the extension of the original furlough scheme until the end of March.

“Unfortunately, the extension of the furlough scheme didn’t come soon enough for some workers, but it should help stem the rise in unemployment over the winter”, said fund manager Jon Hudson, speaking to Reuters.

“The government’s failure to face up to the scale of this jobs crisis in time has cost people their livelihoods”, said Jonathan Reynolds, Labour’s jobs spokesman.

The Bank of England has forecasted 5.55 million people will be furloughed, up from the 2 million who were on the scheme in October.