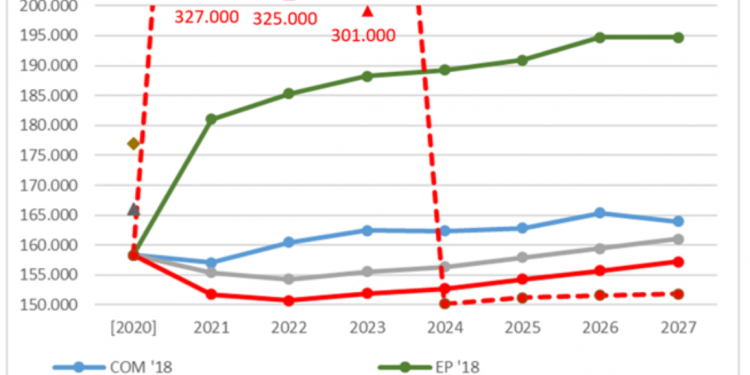 Ahead of Wednesday’s meeting of the General Affairs Council (GAC), the European Parliament’s negotiating team on the MFF and the Own Resources met with German Minister for European Affairs Michael Roth. EP negotiators delivered Parliament’s detailed comments on the 65-page draft conclusions (‘negotiating box’) presented by European Council President Charles Michel last Friday, which will form the basis of the summit starting on 17 July.

“We have conveyed at record speed our position and reacted to every item of the latest negotiating box. The leaders cannot disregard Parliament’s views, and we urge them to improve the proposals on the table. Then we expect real negotiations on the Multiannual Financial Framework, the own resources and the recovery instrument so that we can provide our consent by the end of the year. Furthermore, Parliament will negotiate the expenditure programmes and rule of law instrument in co-decision, on an equal footing with the Council.”

In parallel, EP negotiators unveiled the outcome of a more detailed analysis of the proposed MFF figures : “Cuts after cuts, some flagship programmes such as Erasmus+ are now at risk of experiencing an immediate drop from 2020 to 2021. As of 2023, the EU budget as a whole could plunge well below current levels, including in research and development and other key areas. This is in outright contradiction with the European Union’s commitments and priorities, notably on the green, digital and geopolitical agendas.”

“A long-lasting reduction of the European Union budget cannot be the answer to the refinancing of the short-term recovery instrument. New streams of revenue, or ‘own resources’, are necessary to repay the debt without harming the national taxpayer.”

Referring to the new survey that shows that a majority of citizens expect more financial means to overcome the impact of the pandemic, EP negotiators declared: “Our common objective is to deliver a recovery strategy that works for the next generations, and a long-term budget that meets our commitments and lives up to citizens’ expectations.”

The negotiating team’s analysis of the figures in the draft European Council conclusions is set out in this document published on Wednesday.