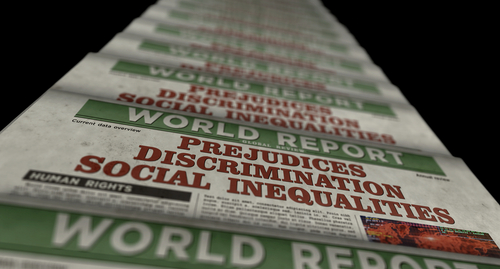 According to the network of scientists, global household wealth of billionaires nearly doubled since the start of the coronavirus crisis, from just above 2% to about 3.5%, Reuters reports.

Economist Lucas Chancel, lead author of the study, pointed out that the COVID-19 crisis “has exacerbated inequalities between the very wealthy and the rest of the population.”

He added that wealthy nations had implemented fiscal measures to diminish the rise of poverty caused by the wealth transfer.

“Since wealth is a major source of future economic gains, and increasingly, of power and influence, this presages further increases in inequality”, the authors noted. Crisis management, he said, had placed an “extreme concentration of economic power in the hands of a very small minority of the super-rich.”

The Forbes list of billionaires expanded to a record 2,755 individuals this year, whose combined wealth of 13.1 trillion dollars represents a sharp rise compared to the roughly 8 trillion of 2020.

Researchers pointed out that it was the wealthiest who had benefited from the lockdowns and the forced closure of small businesses as well as from market speculation as the authorities’ responses to the coronavirus crisis reshaped the global economy.

They added that the US and the EU were able to cushion the blow of the crisis response on their lower earners, at least in the short term.

The report welcomes the plan to introduce a global minimum corporate tax rate of 15%, stressing that the move could put a halt to the decline of the average corporate tax rate that had started in the mid-1980s.However, the report did criticise the agreement as flawed. Researchers pointed out how it left the door open for carve-outs and opaque arbitration by many corporations. It also noted that the minimum rate of 15% is lower compared to taxation of average earners in wealthy countries.