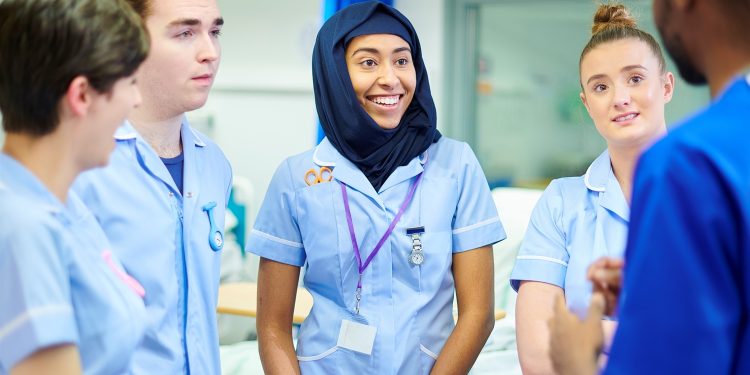 London (Brussels Morning) A report from the Royal College of Physicians (RCP) found Black, Asian and minority ethnic (BAME) doctors faced rigidity in their career progression due to widespread discrimination.

“It is clear from the results of this survey that racial discrimination is still a major issue within the NHS”, said Dr. Andrew Goddard, the RCP’s president.

Some of the results, first reported in the Guardian, included White doctors applying for fewer posts and being more likely to be shortlisted and offered a job after application.

BAME doctors were less likely to be shortlisted for an interview for a consultant post after their first application or offered a post after the interview.

The starkest difference was apparent in being offered a post on the first application, which happened for 29 percent of RCP’s White respondents compared to 12 percent of BAME respondents.

Roger Kline, a research fellow at Middlesex University and an expert in racial discrimination in the NHS, told the Guardian, the findings proved “systemic discrimination” existed in the NHS:

“These patterns of discrimination are really hard for individual doctors to challenge so the medical profession as a whole, and their employers, need to finally accept systemic discrimination exists and take decisive action.”

The report also revealed things had changed since 2018 when the NHS first sounded the alarm about inequity. Now BAME doctors, according to the RCP study, have more chances of being shortlisted after the first application.

England’s NHS has targets to ensure BAME medical staff are represented across the board, including a 2025 objective for 19 percent of staff at every pay level to be of BAME origin.

On the whole, BAME staff represent 17.5 percent of the organisation.

An NHS in England spokesperson said:

“It is unacceptable for anyone to be treated unfairly because of their race or any other protected characteristic.

“The NHS belongs to us all, and as part of the People Plan, NHS employers are committed to increasing black, Asian and minority ethnic representation across their leadership teams as well as eliminating discrimination and inequality”.