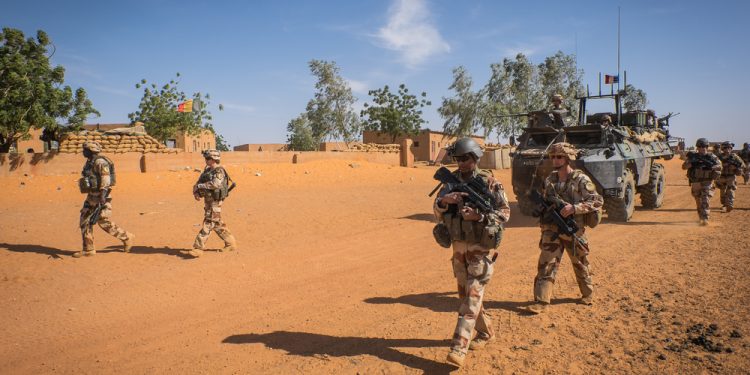 Five French soldiers have been killed in Mali in separate incidents in less than a week, as increasing instability poses questions over the efficiency of the French-led operation ‘Barkhane’.

Paris (Brussels Morning) Five soldiers were killed and another six were wounded within one week in three separate attacks against French forces of the Barkhane operation in the south and east of Mali. The attacks, occurring on 28 December and 2 January, brought the mission’s losses to 50, a negative threshold bearing a high public opinion cost and calls for a rethink or even a complete retreat from the region.

Le Monde argues the soldiers’ deaths could not have happened in a worse place or come at a worse time for Paris, occurring in areas where the French army has in recent weeks been trying to display its operational “successes” and bring in European reinforcements. The timing of the attacks also arrive at the beginning of a year where the executive was hoping to be more optimistic over its Sahel strategy.

President Emmanuel Macron, reaffirmed on 2 January “France’s determination in its fight against terrorism”. Last November he had announced that decisions were to be made over the future of Barkhane at the beginning of the year and before a second summit with the leaders of the G5 Sahel states.

But it’s a fight that is bearing fruit, according to Armed Forces Minister Florence Parly: “During 2020, we have achieved significant military successes, both by neutralizing several senior officials of these terrorist groups and by attacking their supply chains to disrupt them”, she said in an interview with Le Parisien.

Parly added that France would “very likely” reduce the number of its troops in the Sahel as part of its operation.

Launched in 2014, Barkhane spearheads the French strategy in the Sahel. It replaced the Serval operation, launched a year earlier in an urgent attempt to push back militant jihadist gains in the north of the country. It has a force of 5,100 military personnel after France increased its force by 600 during 2020 in the context of a surge, or counter-offensive, against the Islamic State in the Great Sahara (ISGS) region.

However, in 2020, the operation “has shown its full potential and its full limits”, explains Élie Tenenbaum, specialist of defense and Sub-Saharan Africa at the French Institute of International Relations (IFRI). At the military level, the gains against jihadists of the Islamic State in the Great Sahara (ISGS) have limited the group’s capacity to attack national forces of regional states.

The leader of al-Qaeda in the Islamic Maghreb (AQIM), Algerian Abdelmalek Droukdal, was notably killed in northern Mali in June. Paris also announced the ‘neutralisation’ in November of Bah Ag Moussa, billed as the ‘military leader’ of the Support Group for Islam and Muslims (GSIM), affiliated with al-Qaeda.

Chasing the militants was the operation’s priority in the region known as the three borders, where Burkina Faso, Mali and Niger meet. It was near this area that the three soldiers were killed on 28 December, RFI notes, which calls into question the capacity to stabilise the region.

For Wassim Nasr, specialist in jihadist movements at France24, the choice of these attacks was not random: “Hombori is the region visited by the [French] Chief of Staff, the Minister and the Prime Minister at Christmas. This attack is a response to their visit, which intended to demonstrate that this area was secure”.

“As for Menaka, where the Barkhane-Minusma joint base is located, we know that it is there that the Czech forces were to be operational in a few days. This is taken into account by the jihadists who send a political message”, Nasr added.

The Barkhane mandate includes supporting and reinforcing the UN Minusma operation and the G5 Sahel armed forces. Created in 2014 in Nouakchott, Mauritania, the G5 Sahel is a regional framework of coordination on security matters, composed of five countries: Burkina Faso, Chad, Mali, Mauritania, and Niger.

At the political level, the future of the operation proves more costly. According to a Figaro editorial, with the addition of European military personnel, the French are aiming to “Europeanise” and to “Sahelise” the Barkhane forces to get out of the quagmire.

While a retreat of international forces could cause further destabilisation in the region, due to the operational incapacity of local states’ forces, the people of Sahel states manifest their discontent with the continuous foreign presence.

Efforts at reconstruction are stumbling upon institutional fragility, especially following the coup that ousted Malian President Ibrahim Boubacar Keita in August. Endemic corruption, the lack of sustainable projects and a blooming parallel economy, sustained by criminal networks of drug and human trafficking, provide fertile ground for militant jihadist groups to further contest state control and vie for popular support in vast border areas in the region.

Faced with persisting jihadist violence, the transitional government in Mali does not exclude negotiations with the militants in the same way that deposed president Keita had previously engaged. On the other hand, Paris excludes any negotiation with the leadership of the militant groups, but would consider channels of communication with some elements within them, which have a different, more “nationalist, sometimes opportunistic, or even regional agenda”, according to unnamed sources close to the president, cited by France24.

“Wherever the ISGS receded, the JNIM has expanded”, Tenenbaum notes. Al-Qaida’s branch in the Sahel, known as the GSIM or Jama’a Nusrat ul-Islam wa al-Muslimin (JNIM), has claimed responsibility for the 4 January attack and the death of two French soldiers, including the first woman officer casualty.

They were killed when their armored vehicle was hit by an improvised explosive device in the eastern region of Menaka, as the Site Intelligence Group reported. In November, the Barkhane Commander Marc Conruyt designated the JNIM as the most dangerous enemy in the Sahel, just a year after the ISGS was described the same, Le Monde writes.

The militant group denounced the “indiscriminate” killing of over 100 civilians in central Mali last weekend, an attack that has caused controversy over France’s potential role.

“A land mission made up of Barkhane soldiers went to the scene of the French strike carried out on January 3, north of the village of Bounti”, the military said in a statement, adding: “The information gathered during this mission is in all respects consistent with the analysis and assessment of the situation produced so far”.

French investigative journal Mediapart suggests that civilians may have been hit in an operation that targeted jihadists.

In a statement issued by its propaganda outlet, the JNIM denied any involvement while noting that it would not target its own people.

“This attack, whoever the perpetrators, is no different from the massacres of the French occupier and its criminal militias”, the statement read, indirectly referring to its main regional rival, the Islamic State in the Great Sahara, against which there have been ferocious battles over previous months.

This statement is another sign of a shift of power balance and regional dynamics that has led to rising tensions among the two jihadist groups, who until then enjoyed a “cordial” relationship, notes analyst Flore Berger at the International Institute for Security Studies.

The first small scale clashes erupted after failed meetings to demarcate territorial boundaries and clarify red lines, as reported by NGO Promediation, but the JNIM has succeeded in gaining popular support and making significant advances against ISGS.