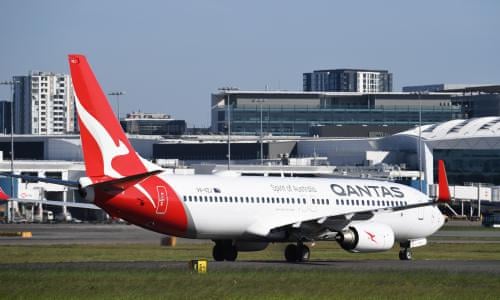 The coronavirus pandemic has driven Australia’s flagship carrier, Qantas, to declare its worst financial result for a century – a $2bn loss – amid widespread devastation in the travel and tourism industries.

Despite concerns in the market that the airline is bleeding cash as much of its fleet remains grounded, the company declared on Thursday that it remains a going concern and its chief executive, Alan Joyce, took a swipe at stricken rival Virgin Australia by declaring that after the crisis Qantas would be “the only Australian airline that can fly long haul”.

Joyce also said he thought flights to and from the Covid-19-ravaged US, which is one of Qantas’s key international destinations, would be up and running within three years.

State and national border closures have crippled the operations of Qantas, its smaller rival Virgin Australia, which is in administration, and smashed travel agencies and tourism operators across the country.

In a sign of how deeply the travel bans are biting, Joyce on Thursday attacked the governments of Queensland and Tasmania for closing their borders and suggested there should be a national set of rules governing state border closures.

The call was immediately rejected by the Queensland premier, Annastacia Palaszczuk, who said she was “not going to bend to anyone” on border closures and would instead follow the advice of the state’s chief health officer.

“The shocking Qantas losses are an indication of just how sick our industry is,” the Transport Workers Union’s national secretary, Michael Kaine, said.

“It must surely be only a matter of time before Qantas follows Virgin in requesting help from the federal government to stay alive.”

He said the Morrison government should take measures including buying equity stakes in struggling businesses, ending a policy that stops employees of ground services business Dnata from getting jobkeeper income support payments because it is owned by the government of Dubai and capping executive pay in the sector.

From this weekend, the family-owned Canberra Airport will close its doors on Saturdays, and it is also considering closing on another weekday.

It is currently trying to raise $2bn from its shareholders in order to pay off some of its crippling debt load of $9.1bn.

On Thursday, Simon Westaway, the chief executive of the Australian Tourism Industry Council, told a parliamentary inquiry that his industry has halved over the course of the year, shrinking by $80bn.

He said state border closures were costing the industry $84m a day and backed Joyce’s push for a national framework governing when they should be opened or closed.

Qantas said that it made a profit on an underlying basis of $124m, before tax – down from $1.2bn the previous year.

However, this figure excluded items including redundancy costs and the airline’s decision to slash the value of its airline fleet by $1.4bn.

Qantas has also had to borrow more money to meet the costs of running the company while flying is heavily restricted. Total borrowings rose from $5.1bn to 6.7bn.

The Australian Services Union seized on the positive underlying result to insist Qantas pay bonuses of between $1,500 and $2,000 owed to about 6,000 workers.

Qantas announced the payments in 2018 when it unveiled a bumper profit of $1.4bn.

The 2018 result also marked the first time since 2009 that Qantas has paid company tax (of $4m), due to losses it had carried forward over the period.