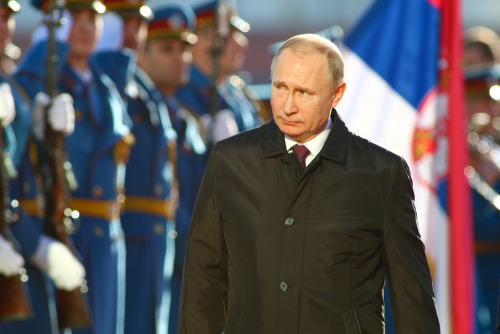 Belgium, (Brussels Morning Newspaper)  Western leaders hoped that President Vladimir Putin would not take such a bold step, but his latest announcement could spell the beginning of Europe’s bloodiest conflict since the Second World War. The Russian military’s arrival in the breakaway regions is a major blow to a 2015 peace deal requiring the government in Kiev to grant self-rule to rebel regions. Although the Minsk deal was seen as a diplomatic triumph for Moscow, many in Ukraine see it as a betrayal of their national interests. However, Putin said the Ukrainian authorities had shown no appetite for implementing the deal, and he argued that they have not been receptive to the terms of the peace deal.

The U.N. Security Council will probably not act, but there is no harm in sending some troops to monitor the situation. The U.S. and other countries have already imposed sanctions on Russia. These have blocked all U.S. business in the breakaway regions. The U.S. has banned the import of all goods from the breakaway regions, which is separate from the sanctions that were imposed for the full invasion of Ukraine. While the Security Council is unlikely to take action due to Russia’s veto power, the Ukraine is requesting direct military support.

The Russian government is moving closer to the Ukrainian border, and Putin is ordering peacekeeping operations in the separatist regions of the east. The United States has threatened to impose sanctions against Russia if it does not recognize these territories as independent states. Biden’s order bans new trade and investment with Russia. The sanctions will be enforced if the situation does not improve, and additional measures are likely.

The Russian military’s decision to send its troops into the eastern part of Ukraine came with an unexpected twist. At first, Western leaders warned that Russia was moving towards becoming a nuclear power. In response, Kyiv dismissed the allegations as baseless. Now, the question is: Will Putin order his troops to cross the long-established line of contact? That is what is at stake. The Russian government is not making any secret of what they are doing.

Meanwhile, in the north, the Russians have also begun recognizing the independence of the two breakaway regions of the east. As of Monday, they had deployed nearly 200,000 troops to the area’s eastern borders. Despite the fact that Putin has been denying plans to invade the country, top officials have said the move is illegal. So far, there is no official word from the White House on the possible sanctions against Russia.