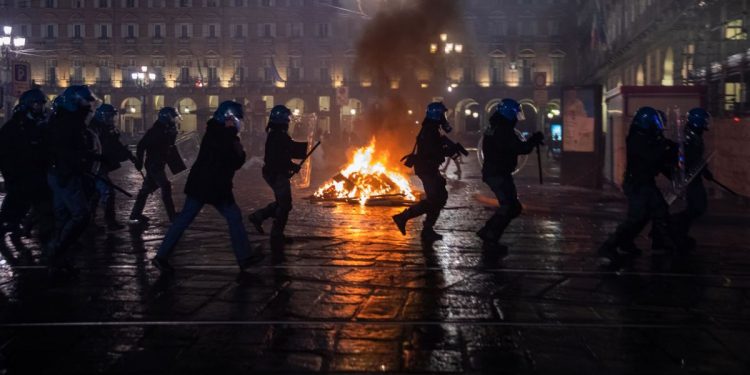 Demonstrators vandalised several trams and set bins on fire in Milan, while some protesters threw bottles, prompting riot police to deploy teargas. There were also disorderly protests in Turin and Naples. Governments fear similar scenes could arise across Europe as national authorities take account of the fatigue and frustration that has built up in reaction to lockdowns and more plans to curb infections.

Italians took to the streets after Prime Minister Giuseppe Conte imposed restrictions on the operation of restaurants and bars, and ordered a month-long closure of theatres, cinemas and gyms. The measures have been met with criticism from entrepreneurs, scientists and opposition politicians.

Conte expressed hope on Monday that the latest restrictions would allow everyone to have a more relaxed Christmas. Italy’s film directors warned that closing cinemas jeopardises the future of an entire sector. Walter Ricciardi, the Italian member of the Executive Board of the World Health Organisation (WHO), said the new measures may not be enough to control the spread of the virus.

According to witnesses, several luxury stores in central Turin were looted after nightfall, with police deploying teargas against unruly demonstrators, Reuters reported. While Italians complied with the spring lockdown, they pushed back immediately against the second lockdown, with protests flaring up in more than 10 cities across Italy.

Many small businesses warned that they cannot survive another lockdown, not having recovered from the effects of the nationwide lockdown in spring. The government’s response has been to announce economic measures to help support businesses affected by new restrictions.