Protests against jailing of Spanish rapper turn to looting 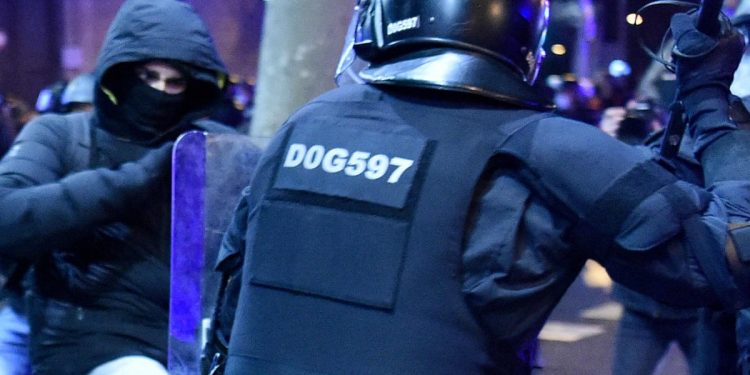 Hasél was arrested a week ago, after refusing to report voluntarily to  begin serving a nine-month jail sentence handed down to him for insulting the Spanish Crown and the authorities, as well as for praising a defunct left-wing armed group in his songs and on Twitter.

The rapper had barricaded himself within a University of Lieda building along with his supporters, and resisted arrest by erecting barricades and fighting off police with fire extinguishers.

Hasél was convicted under a controversial Public Security Law, introduced in 2015 by the right-wing People’s Party (PP). The law, which faced widespread criticism from rights organisations and freedom of speech proponents, mandated prison sentences for insulting the monarchy and the security apparatus.

His arrest sparked mass protests across Catalonia on Tuesday, which, in the days that followed, spread to Madrid and Valencia. What started as a series of peaceful demonstrations in support of freedom of speech, turned into a widespread call against police aggression as the police clashed increasingly with the protesters.

Regional Interior Minister Miquel Sàmper claimed on Saturday night that the protests had degenerated into “acts of pure vandalism and pillaging in stores”. The minister maintained that most of those arrested were common criminals with prior arrests for theft.

The Paseo de Gràcia Association, which represents some 180 street businesses in Barcelona, claimed that the Saturday night riots caused several million euros worth of damage, and blamed the destruction and losses on the irresponsibility of political groups.

Despite this, most locals are agreed that the protests are much more peaceful than the 2019 demonstrations which occurred after pro-independence leaders were jailed by the Supreme Court for organising an independence referendum.