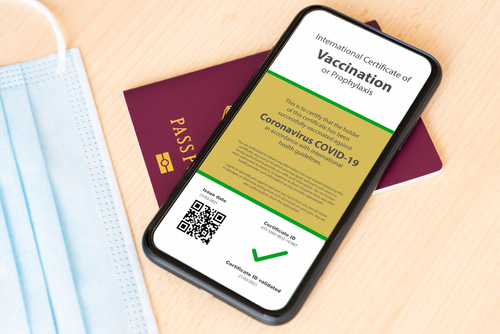 Brussels (Brussels Morning) An estimated 140,000 protesters took to the streets in France to march against vaccine passes on Saturday.

Florian Philippot, leader of The Patriots Party, praised the protesters for marching consistently against the measure, according to RFI reporting on Saturday.

He urged the protesters to attend demonstrations planned for 11 September and voice their opposition to the introduction of vaccine passes.

According to organisers of the protests, more than 150,000 people marched in around 200 demonstrations across the country. Police reports say approximately 15,000 people protested in Lille, Lyon, Montpellier and Nice.

Some protests were marred by violence, with three people arrested after clashes with police at a shopping centre in Paris.

Violence at some protests

The violence broke out as some 20,000 people in five separate groups marched through Paris, with several hundred forcing their way into the shopping centre before being repelled by security.

Several protesters forced their way into the Marseille-Saint-Charles railway station and scuffles broke out at protests in Nantes.

The French Interior Ministry reported approximately 140,000 protesters on Saturday, of which roughly 18,000 were in Paris and a total of 215 evens across the country, five of them in the capital, according to Novi list reporting on Saturday.

The ministry noted that attendance is in decline, pointing out that nearly 215,000 protesters marched three weeks ago, with the figure dropping to approximately 175,000 two weeks ago and further to nearly 160,000 last week.

France has administered the first shot of COVID-19 vaccine to nearly 50 million of its 67 million citizens, with 67.3% of the population now fully vaccinated.