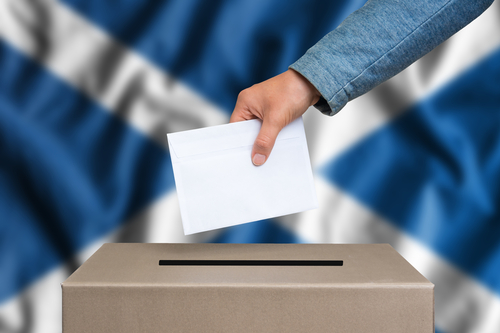 Brussels (Brussels Morning) The two pro-independence parties, the Scottish National Party (SNP) and the Scottish Greens, both gained new seats in the Holyrood at the UK’s local elections, Reuters reported.

Even though the SNP missed its goal and came out a single seat short of the 65-seat majority in the Scottish parliament, the two parties together command a comfortable majority of 72 seats in the 129-seat assembly. They claim this success represents a majority support for a fresh independence referendum in Scotland.

Scotland’s First Minister and SNP leader Nicola Sturgeon said the result meant she would push ahead with the party’s plans for a second independence referendum, once the coronavirus epidemic is over, despite vocal opposition from British Prime Minister Boris Johnson, who emerged emboldened by his Conservative Party’s gains in other parts of the UK.

“There is simply no democratic justification whatsoever for Boris Johnson, or indeed for anyone else, seeking to block the right of the people of Scotland to choose our own future”, Sturgeon said on Saturday, after the results were in. Johnson stressed ahead of the elections that he would not permit another independence referendum in Scotland, emphasising that the 2014 referendum was a “once in a generation” deal.

The British government holds that no referendum can be held without its explicit permission, though the SNP has prepared a roadmap that will most likely see the issue raised to the level of the Supreme Court, which could rule either way.

The SNP plans to legislate for a referendum in the Scottish parliament, claiming it is well within its purview to do so. The British government would then have to either let the referendum proceed, with or without explicit permission or challenge the referendum law in court. The second option, even if successful, could in the end further aggravate Scottish voters, pushing them more firmly towards independence.