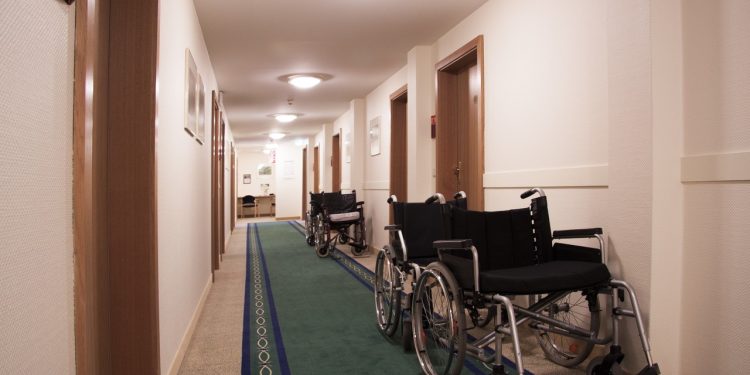 BRUSSELS (Brussels Morning) – The Flemish umbrella organisation of private elderly care facilities Vlozo and its French-speaking counterpart Femarbel have called on their members to provide capacity for the reception of refugees from Ukraine. According to both umbrella organisations, there is great enthusiasm. “There are hundreds of beds available in our retirement homes.”

Vlozo, the sector federation that unites private residential elderly services, yesterday called on its members to show solidarity with Ukrainians currently fleeing their country due to the war. In concrete terms, the federation has asked its members, including the large retirement home groups Armonea and Korian, which also have facilities in Brussels, to free up capacity for the reception of refugees, if necessary.

“It concerns the reception of Ukrainian refugees in assisted living apartments and elderly people in need of care in residential care centres,” says managing director of Vlozo Johan Staes. According to him, the call for solidarity came at the request of the prime minister. It is not yet entirely clear how many places will be available within the Vlozo network. This is currently being discussed with the various members.

“We have already received a lot of positive reactions,” says Staes. “We are primarily looking at Flanders, but large groups such as Armonea and Korian also have facilities in Brussels. It goes without saying that they also free up capacity. We have yet to see if it will be necessary, but of course we are willing to accommodate people spread across our different networks,” said the spokesperson for the Armonea group.

Vlozo is expected to report on Thursday evening how many beds have been made available. “There are a lot of people who want to do something,” says Vlozo spokeswoman Emilie Willems. “The figures are still coming in and will be inventoried from the crisis centre. It is already clear that more than two hundred assisted living apartments will be available, but that supply is still growing.”

It should become clear in the coming days how many places in Brussels will be involved.

Femarbel, the French-speaking counterpart of Vlozo, has also called on its members to free up beds. It is not yet clear how many places will be available in Brussels. That should become clear in the coming days. “There are hundreds of beds available in the retirement homes of our members. So there are possibilities,” says Secretary-General Vincent Fredericq. “It is different for assisted living apartments. The number of places is limited there.”

Zorgnet-Icuro, the Flemish umbrella organisation of public care institutions, has no plans for the time being to receive Ukrainian refugees. “In any case, there is little vacancy among our members,” they said.