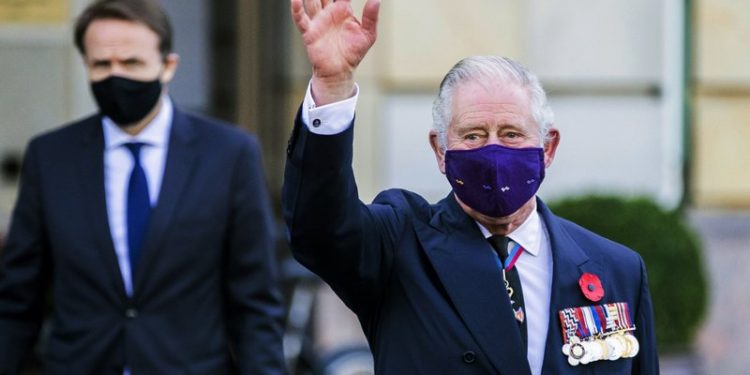 Brussels (Brussels Morning) During his visit to Berlin on Sunday, Prince Charles saluted the bond between the UK and Germany as the latter’s negotiators prepare for continuation of trade talks in the wake of Brexit, BBC reports.

He expressed belief the bond between the UK and Germany would remain strong even though the UK has decided to pursue a future outside the EU. The details of cooperation between the two countries will be decided by the negotiators, Prince Charles said, but the essence of their relationship would remain defined by the enduring connections between the two peoples.

The UK and Germany, he observed, are starting a new chapter in bilateral relations, but stressed that “we will always be friends, partners and allies.”

Prince Charles and his wife Camilla, the Duchess of Cornwall, are the first UK royals to attend the German parliament’s National Day of Mourning ceremony, commemorating soldiers and civilians of all nations who died in war.

Prince Charles noted that the UK and Germany are bound together by history while their destinies, “although each our own to forge, are interdependent to a considerable degree.”

Earlier on Sunday, Prince Charles and the Duchess of Cornwall met with Germany’s President Frank-Walter Steinmeier and his wife Elke Büdenbender, DW reported. Steinmeier thanked the royal couple for the gesture of solidarity and reconciliation in difficult times, adding that they are united in their mutual desire to maintain close ties between the two countries.

The couples visited the Neue Wache, a memorial to victims of war and tyranny, where Prince Charles laid a wreath with a card reading “In everlasting remembrance of all victims of conflict and tyranny. Charles.”

The visit to Berlin came on the 75th anniversary of the end of WWII. The German invitation to the royals to address the National Day of Mourning ceremony was a gesture intended to strengthen relations between Germany and the UK.