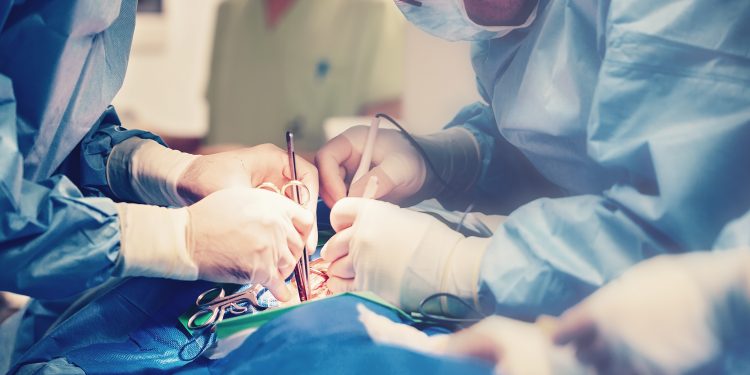 Brussels (BrusselsMorning) Almost twice as many infections in a week and now also an increase in hospital admissions. The corona cloud over Brussels is swelling again. That while more and more healthcare staff are absent and the intensive care departments have not yet recovered from the previous wave.

In recent days, medical director Danny De Clercq of the Iris Hospitals South saw the corona admissions increase sharply. He hadn’t seen a rise like this since early December. Of the 45 patients in his hospital, 9 are now in the intensive care unit.

“What will be the impact of the omicron variant on Brussels, where fewer people are vaccinated?” De Clercq wonders, while speaking with BRUZZ.

The number of hospital admissions in Brussels rose by 43 percent in the past week. The infections went even faster: in one week they rose by 90 percent to an average of 1,859 new cases per day.

“I am concerned, because abroad we did not see such a rapid increase in hospital admissions due to omicron,” says chairman Marcel Van der Auwera of the Hospital & Transport Surge Capacity (HTSC) committee, which monitors the situation in Belgian hospitals. “The problem is that we are in a gray zone. At the moment I don’t have a statistical model that gives me clarity about how bad this will be for the hospitals.”

Without such models, hospitals do not yet know how best to organize themselves this month. According to a simulation by the Joint Community Commission (GGC) in mid-December, intensive care capacity could be full by mid-January. For the time being, 12 Brussels covid beds are still available there, according to figures from the HTSC.

It appears that omicron leads to an IZ exposure less often, on average. than other corona variants. “But there are still more than 500 corona patients in intensive care in our country. That is a very high base to start from for a new wave,” says Van der Auwera. This also applies to the Brussels base. The 97 occupied beds account for 44 percent of the total ICU capacity in the region. “And as long as we reserve more than 15 percent of all intensive care beds for covid patients, we will be postponing other care,” he says.

Just today, the various health ministers in the country decided to relax the testing and quarantine rules. For example, the mandatory quarantine of high-risk contacts will be abolished for those who have been fully vaccinated (less than five months ago) or who have already received a booster.

“Such a relaxation already applies to vaccinated healthcare providers. Anyone who tests positive, but has no symptoms and wants to come to work, will be deployed in the covid department,” says chief physician Olivier Vermylen of Brugmann Hospital in Laeken. “I don’t think the risk of a shorter quarantine period lies so much with the healthcare providers, but with the general population. It can lead to more trips, more infections and new hospital admissions. It remains to be seen how great that risk will be. We have too little data on that.”