President Macron to visit Latvia and Lithuania this month 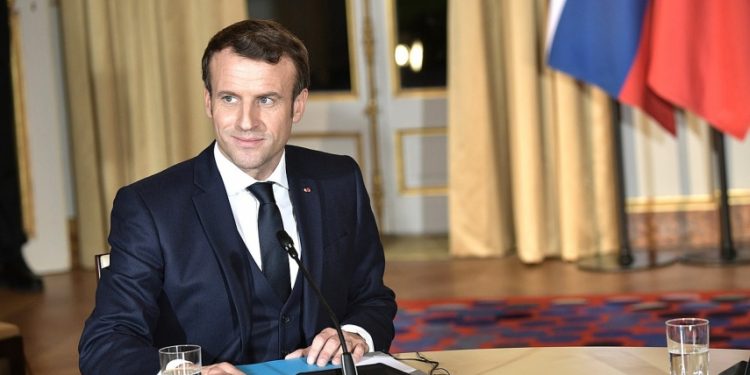 France’s President Emmanuel Macron is to travel to Latvia and Lithuania later this month to visit French and NATO troops stationed in the region, Reuters  reported, Wednesday.

Macron will start his three-day visit on 28 September, in the course of which he will meet his Latvian counterpart Egils Levits and Latvia’s Prime Minister Krišjānis Kariņš, as well as Lithuania’s President Gitanas Nausėda.

The visit comes amid tensions between the EU and Russia, Germany and France having earlier this week called on Russia to shed more light on the poisoning of Russian opposition politician Alexei Navalny, after several laboratories in the EU confirmed that Navalny had fallen ill due to being poisoned with the Soviet-era nerve agent Novichok.

Meanwhile, the Belarus Council of the Republic warned this week that Lithuania had violated international law by recognising opposition politician Sviatlana Tsikhanouskaya as the leader of Belarus.

French officials noted on Monday that the French independent analysis confirmed Germany’s toxicology findings that Navalny was poisoned with the Novichok nerve agent. Macron’s office described the poisoning as an attempted assassination and called for more information about the incident, saying it was important it be made available without delay. Macron, according to the official statement, was pressing for a credible and transparent investigation. Macron expressed complete solidarity with Germany how to address the situation, reiterating that Russia needs to clarify what happened.

Macron has been trying to lower tensions between the West and Russia in an attempt to enlist Russia’s aid in solving some of the most complex crises currently facing the world. However, according to French officials, no progress has been made on the so-called five-point dialogue that Macron proposed to Putin more than a year ago.

Russia’s President Vladimir Putin has rejected what he called groundless accusations against Moscow about the poisoning and, in a telephone call Monday, was critical of Macron’s remarks about the incident, reportedly saying they were inappropriate. According to the Kremlin, Putin stated that Russia would like Germany to present it with Navalny’s toxicological test results.