President Ghani leaves as the Taliban enter the presidential palace

by Lailuma Sadid
in Our pick, World 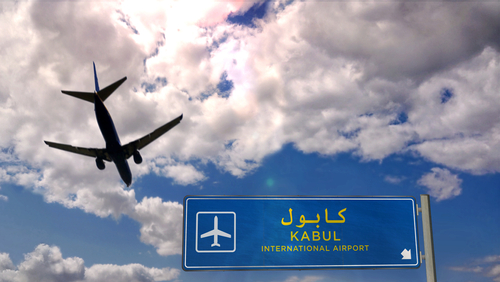 Kabul (Brussels Morning) Last night, people affiliated with the Taliban entered the presidential palace with weapons, took down the Afghanistan flag and declared their presence and rule.

In a short video posted on his Twitter page, Dr. Abdullah Abdullah, Chairman of the High Council for National Reconciliation, referred to Ghani as “the former president of Afghanistan,” going on to add that people would judge him and God would hold him accountable.

Mr. Ghani left, but the Taliban entered the presidential palace

Last night, people affiliated with the Taliban entered the presidential palace with weapons, downed the Afghanistan flag and declared their presence and rule.

Mr. Ashraf Ghani has left Afghanistan and gone abroad to an unknown place. Mr Abdullah In a short video posted on his Twitter page called Mr Ghani the former president of Afghanistan and said: that the people would judge and God would hold him accountable. The people of Kabul had a difficult day, and in recent weeks all the people of Afghanistan have seen many hardships, but he called on the security forces and the Taliban to work for security.

Former President Karzai also released a video with his three daughters standing next to him, saying: he hoped the problems would be resolved through peace and negotiations. In addition, he asked people to be in their homes. He called on the Taliban to work to protect the lives and property of the people.

The Taliban regain power in Afghanistan

Ashraf Ghani Ahmadzai will not be the president of the transitional government, Kabul’s interior minister has announced.

The Afghan government has lost control of the entire country and major cities, while the Taliban initially paused outside Kabul before starting to come in through the outskirts. There are reports of Embassies burning important documents while crowds of thousands are gathered at Kabul Airport seeking a chance to leave the country.

U.S. troops arrived at Kabul airport on Saturday, August 14 and are expected to take the first step in evacuating foreign nationals from Kabul. The United Kingdom and Canada have sent their own forces.

The U.S military has been using helicopters to evacuate Americans from different locations in the Afghan capital to the Airport. President Joe Biden has deployed five thousand troops to help remove embassy personnel and their families. Biden warned the Taliban that any action that endangers Americans will result in a swift and strong military response.

While the first U.S. troops arrived in Kabul, the city of Pol-e Alam, capital of Logar province near Kabul, fell to the Taliban.

U.S. President Joe Biden met with his country’s top security officials and said the decision to withdraw U.S. troops from Afghanistan was the right one. On Saturday, White House spokesman John Kirby told reporters that Kabul, the capital of Afghanistan, did not appear to face any serious threats.

The situation is dire despite calls for political negotiations. A number of political party leaders have reportedly left Kabul for Pakistan. Until yesterday, President Ashraf Ghani was holding emergency talks with diplomats and senior NATO officials in Kabul.

Apparently, there is an undeclared cease-fire, but this has not been officially announced. Kabul’s six million residents have been given assurances there will be no fighting. Eight cities fell to the Taliban within 24 hours.

In ten days, the Taliban captured the capitals of 25 provinces, many of them in northern, western and southern Afghanistan.

Last week, three meetings were held in Doha with representatives from the United States, Russia, Qatar, Turkey, the United Nations, the European Union, Pakistan, Uzbekistan and China. But the outcome was not positive.

The Qatari Foreign Ministry issued a statement announcing that at the end of the meeting, they asked warring parties to take steps as soon as possible to build confidence and accelerate peace and ceasefire efforts in Afghanistan. International delegates called on the Taliban and the Afghan government to end the violence and to avoid engagement within urban centres.

According to the Qatari Foreign Ministry, the members of the International Conference on Afghanistan held in Doha stressed that they do not recognise any government imposed on Afghanistan by military force.

The declaration also emphasised respect for human rights, including the rights of women and minorities, that Afghan territory should not be used against the security of other countries, and respect for international law, including international humanitarian law, in order to achieve a political solution of inclusive governance.

“It is time for the Security Council to discuss, in its emergency session, the issue of Afghanistan and its security and humanitarian consequences, and to take urgent and decisive decision on the crisis in the country,” Abdullah Abdullah warned. Because the crisis in Afghanistan threatens global security, he added that a meeting must be held to address it.

A spokesperson for the Supreme National Reconciliation Council, Fereydoun Khozoon, told Brussels Morning, that there is no military solution to the war in Afghanistan and everyone should support the peace process, noting that the Taliban leader, Abdullah, has already asked the United Nations to convene an emergency meeting to address the crisis.

A NATO official told Brussels Morning, “NATO is constantly assessing the developments in Afghanistan. We are helping to maintain operations at Kabul Airport to keep Afghanistan connected to the world. We also maintain our diplomatic presence in Kabul. The safety of our personnel is paramount, and we continue to adapt as necessary. We support Afghan efforts to find a political solution to the conflict, which is more urgent than ever.” Secretary General,

A statement issued on Friday by NATO expressed deep concern about high levels of violence caused by the Taliban offensive, including attacks on civilians, targeted killings and reports of other serious human rights violations. “The Taliban must understand that they will not be recognised by the international community if they take the country by force. We remain committed to supporting a political solution to the conflict.

The U.N. Secretary General said that taking power by force is a losing approach that will prolong the war and completely isolate Afghanistan:

“Afghanistan is on the brink of a turbulent and frustrating season and the country is spiralling out of control,” U.N. Secretary-General Antonio Guterres said in a speech Friday at U.N. headquarters in New York.