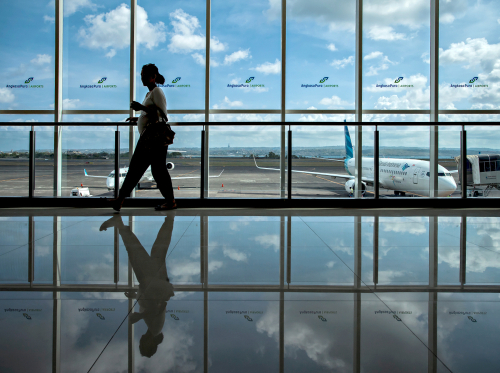 Brussels (Brussels Morning) The EU and the US have agreed to a ceasefire in their mutual tariff war over aircraft industry subsidies, agreeing that the long-term solutions to the industry challenges need to address the Chinese competition, Reuters reported.

In a call between the US President Joe Biden and European Commission President Ursula von der Leyen on Friday, the two sides agreed to a four-month suspension of mutual tariffs on aircrafts and aircraft parts introduced following long-standing disputes at the World Trade Organisation over illegal state subsidies to their respective aircraft manufacturers, Boeing and Airbus.

According to a joint statement, the suspension will cover all tariffs on EU planes, plane parts, wine, jam, olives coffee, tools, liqueurs, cheese and pork to a value of 7.5 billion dollars, and 4 billion dollars worth of US planes and parts, tobacco, nuts, sweet potatoes, rum, vodka, gym equipment, casino tables, tractors and shovel-loaders.

Hailing the decision, EU trade chief Valdis Dombrovskis called the removal of tariffs a “win-win for both sides”, noting that the coronavirus pandemic is currently hurting workers and economies on both sides of the Atlantic.

Biden and Von der Leyen stated that the suspension will ease the burden on industry and workers, while enabling the two sides to focus their efforts on a long-term resolution to the trade conflict. The key elements of such resolution would also include “addressing the trade distortive practices of and challenges posed by new entrants from non-market economies, such as China”, said the joint statement.

The suspension will help Boeing resume deliveries of its troubled 737 MAX model in Europe, after the problem-beset model spent 22 months grounded by the European air traffic safety watchdog. On the EU side, France’s Finance Minister, Bruno Le Maire, celebrated the lifting of tariffs by tweeting salutations to French winegrowers. “Let us continue on the path of cooperation to find a final agreement”, Le Maire declared.