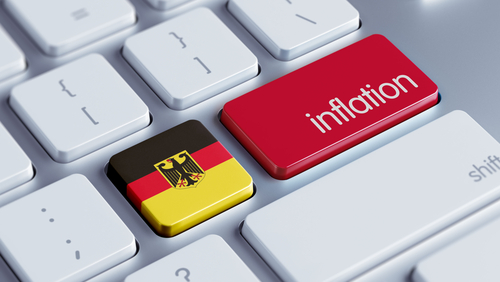 It marks the first time in six months that the annual growth of prices in Germany has slowed down as the harmonised index of consumer prices (HICP) rose by 5.7% in December on the heels of record growth of 6% in November, Reuters reported on Thursday.

At the same time, the German national consumer price index (CPI) increased 5.3% annually in December, with inflation continuing to pick up pace after growth of 5.2% in November. CPI reached its highest level since June 1992 and points towards a further acceleration of price growth.

Destatis pointed out that several factors have been driving inflation and reminded that prices in 2020 were low due to the effects of the coronavirus crisis.

“In this context, especially the temporary value-added tax (VAT) reduction and the sharp decline in mineral oil product prices have had an upward effect on the current overall inflation rate”, Destatis stressed.

Apart from the usual market developments, it noted that other contributing factors included “the introduction of CO2 pricing as of January 2021 and crisis-related effects such as marked price increases at upstream stages in the economic process.”

German leaders expect inflation rates to start slowing down in the coming months, pointing out that some transitory effects should fade after January.

“It is true that inflation should fall after the turn of the year, partly due to special factors”, Jörg Krämer, Chief Economist of Commerzbank, noted.

Inflation risks are clearly pointing upward, he said, “not only for Germany but also for the Eurozone. “It’s time for the European Central Bank (ECB) to take its foot off the gas,” he added, referring to the ECB’s expansive monetary policy. ECB forecasts indicate that inflation should peak near the turn of the year.