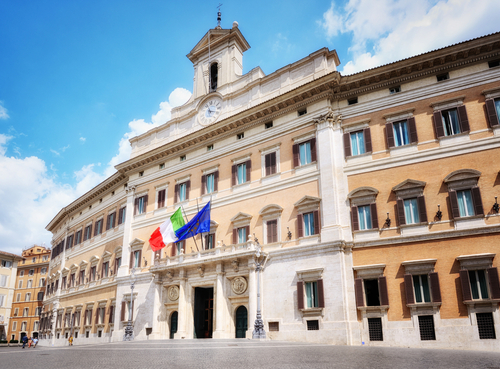 Brussels (Brussels Morning) Italy’s Prime Minister-designate Mario Draghi seems likely to receive a clear majority in both houses of the Italian Parliament as he prepares to form his government. However, completing the process will likely have to await the outcome of the populist 5-Stars Movement (M5S) party’s postponed vote on whether it will support the former chief of the European Central Bank (ECB).

M5S founder Beppe Grillo announced the planned online vote should be delayed, ANSA reported. “I’d wait until he makes the statements he made with us in public,” Grillo said in a video message.

As an anti-establishment party, M5S is reluctant to support a former EU central banker, who also served as Governor of the Bank of Italy. The party leadership, facing a sharp drop in the polls compared to the last elections where they emerged as the strongest party, seems ready to support Draghi if only to avoid snap elections, but rank-and-file members are offering more resistance.

Whether or not he secures M5S support, Draghi seems assured of a ready majority since he has secured virtually the unconditional backing of the centre-left Democratic Party (PD), the right-wing League and former Prime Minister Silvio Berlusconi’s centre-right Forza Italia (FI).

“We are all required to give up calculations, tactics and electoral interests to put the salvation of the country first,” Berlusconi proclaimed. Apparently, he and the other party leaders are satisfied with Draghi’s stated plans for stimulating economic growth, protecting the environment and tackling the coronavirus pandemic.

Draghi still has a significant challenge ahead when it comes to appointing members of his future cabinet. All the parties now pledging their support are also vying with one another to secure ministerial positions for their own members.

The ex-ECB head’s initial plan was to have a Cabinet filled with non-partisan experts such as himself in order to avoid the kind of political infighting that brought down the previous government of PM Giuseppe Conte, another non-partisan technocrat, who had to accept members of the supporting coalition in his cabinet. Italian commentators expect Draghi to opt for a compromise by choosing a mix of technocrats and career politicians.