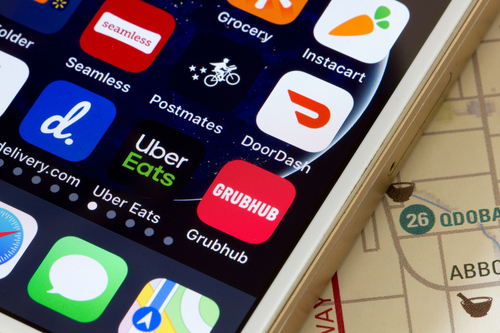 Brussels (Brussels Morning) Portugal’s socialist-led government approved a bill on Thursday which would force digital gig economy platforms like Uber or Glovo to employ some of their drivers and delivery personnel on a full-time basis, complete with formal work contracts and the full range of associated benefit entitlements.

Portugal’s Labour Minister Ana Mendes Godinho told the media that the bill would assume a worker of the digital platform is a formal employee whenever there is evidence of relationships between the platform, the worker providing the service, and its customers.

“Fighting precarious employment is one of our top priorities”, Godinho declared, noting also that digital platforms would be obliged to “transparently inform the Work Conditions Authority, workers and their representatives, about the criteria of algorithms and artificial intelligence mechanisms used”.

The bill has yet to be passed into law by the Portuguese parliament, although the government enjoys support from other left-wing parties, which control a majority of the sitting members. The bill emulates the example of other European countries which have been increasingly taking on the gig economy platforms.

In February, the UK’s Supreme Court ruled that Uber drivers were entitled to the same rights as full employees. Spain has ordered all food delivery companies to employ all their couriers as staff within three months.

The European Commission, meanwhile, launched a public consultation this year to find a solution at a European level. The goal of the EC consultation is to determine the legal employment status of gig platform workers, and how to improve their working conditions.

Many gig economy workers claim they are being exploited by companies that pay low wages, hide their payment models behind inscrutable algorithms, encourage long working hours, while at the same time paying little or none of the benefits traditionally provided for full-time employees.