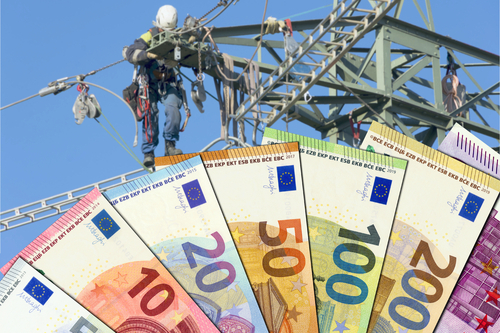 Expansion of the electricity network

He reminded that Portugal and Spain are negotiating with the European Commission on a temporary solution to decouple electricity prices on the Iberian Peninsula from natural gas prices, according to Reuters reporting on Wednesday.

Cordeiro observed that gas prices are soaring and pointed out “as Iberia has fewer connections with the rest of Europe, it is possible to find a solution within the Iberian Electricity Market (MIBEL) that can protect the more exposed power generating producers.”

At the end of March, the EU approved Portugal and Spain’s proposal to adopt temporary rules to manage electricity prices on the peninsula, which are tied to price of fossil fuels.

“We are negotiating with Spain and the EC very calmly and we don’t see the need to be disclosing the intermediate steps of a negotiation process,” Cordeiro noted and added “we expect to have a conclusion very soon,” in the coming weeks.

He pointed out that negotiations are still underway on the details such as duration of proposed measures and potential limitations on export of electricity to other EU member states.

The electricity market on the Iberian Peninsula would be disconnected from gas markets via a price cap, with the level to be determined.

Power utilities in Portugal and Spain currently sell electricity in the MIBEL at prices determined by cost of production in coal- and gay-fired power plants.

The two EU member states are looking to limit fuel prices for such power plants with the aim of reining in electricity prices, which were on the rise before the start of the conflict in Ukraine.

Initially, the countries proposed a limit on coal and natural gas prices for power plants at 30 euro per MWh.

On Wednesday, wholesale price of natural gas on the Iberian Gas Market (MIBGAS) stood at roughly 80 euro per MWh, which is approximately four times higher compared to the corresponding period last year.In March, Portugal and Spain proposed an EU-wide electricity price cap to limit the rapid growth of prices.