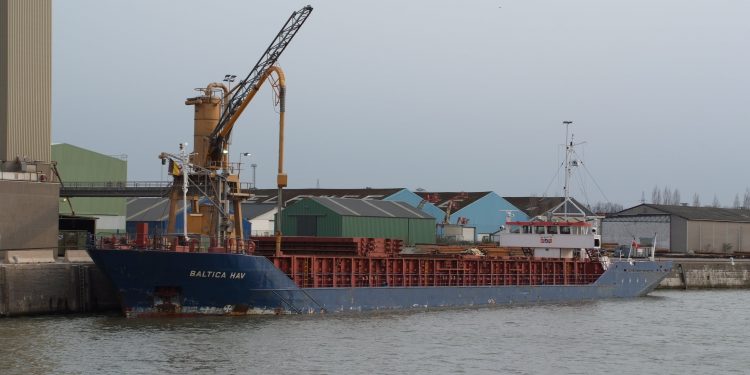 Belgium, (Brussels Morning Newspaper)– The terminal has currently reached its saturation point and is therefore in plans for a much needed expansion. The port company is looking for a new operator, who must also draw up a plan to become carbon-free. Expanding the terminal area upto three times should contribute to the modal shift of container transport from road to waterway.

The expansion of the container terminal entails an investment by the Port of Brussels of 6.8 million euros, with the support of the Region. It is one of the major projects in the port’s master plan and one of the key actions of the 2021-2025 management contract between the Port and the Brussels Region.

The expansion is set to begin with strengthening the quay, which will be carried out by the port authority itself. From June 2023, a new call for projects will be launched for the rest of the container terminal. The aim is to develop logistics activities with a high added value. Think of labelling, packaging, storage and a higher throughput capacity.

The award of this new concession is accompanied by strict sustainability criteria in order not only to increase the modal shift from road to waterway, but also to reduce Brussels’ greenhouse gas emissions.

The project also foresees the construction of additional green space of 2,200 square metres for the new port.

“It is essential to make progress today in the concrete implementation of our climate ordinance in order to achieve our target of carbon neutrality by 2050,” said Alain Maron, Brussels Minister of Climate Transition and Environment (Ecolo).

“With this new concession, we are taking a step in that direction by promoting entrepreneurial projects that create jobs and a future for Brussels.”

The port of Brussels had had a record the previous year for its own traffic. Waterway transport was therefore doing well.

According to the Port of Brussels, the decision comes at the right time, because the current terminal has reached a saturation point and container transport is experiencing continued growth. The expansion is a future solution to promote sustainable container transport to and from the port by water, instead of by road.