Pop culture is overdue for another racial reckoning – about colourism 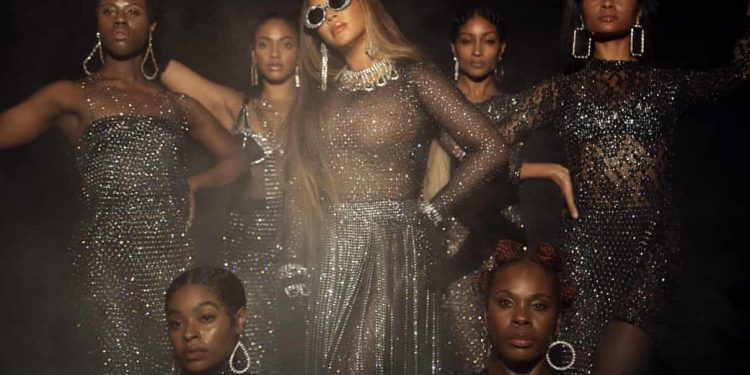 The killing of George Floyd and the mass protests that followed opened more people’s eyes to the extent of systemic racism in society. But there’s one type of discrimination which still needs a larger reckoning: colourism – discrimination based on skin tone.

In Black is King, Beyoncé tried to open our eyes. The clip for Brown Skin Girl was a kind of skin democracy featuring black women of all tones, from models Adut Akech and Naomi Campbell to actor Lupita Nyong’o, as did the lyrics (“Pose like a trophy when Naomis walk in / She need an Oscar for that pretty dark skin / Pretty like Lupita when the cameras close in”). In a much-shared gif from the video, as the light-skinned Beyoncé mouths the words “’cos you’re beautiful” to the darker-skinned Kelly Rowland, it cut through all the years of chatter about perceived rivalry. The supposed rivalry wasn’t just about pitting one former member of Destiny’s Child against another; it also exposed an ongoing “light skin versus dark skin” narrative (see Kanye West’s line: “with some light-skinned girls and some Kelly Rowlands”). Brown Skin Girl presents a utopian ideal, because skin tone privilege really does exist, and it’s pervasive and insidious.

“The media helps to perpetuate colourism by prioritising light skin over darker skin shades, particularly in relation to women,” Dr Aisha Phoenix, a postdoctoral researcher at Soas University of London, recently told CNN. “If light-skinned women are always the ones presented as being more beautiful, that helps to instill in communities the idea that light skin is more beautiful than darker skin shades.”

Lupita Nyong’o told BBC’s Newsnight about the colourism she experienced growing up in Kenya, being told she was “too dark” for TV and how colourism was “the daughter of racism in a world that rewards lighter skin over dark”. Beyoncé’s father and former manager, Matthew Knowles, has spoken about how colourism played a part in his daughter’s success. “When it comes to Black females, who are the people who get their music played on pop radio? Mariah Carey, Rihanna, the female rapper Nicki Minaj, my kids [Beyoncé and Solange], and what do they all have in common?”

A preference for lighter skin tones, even among people of colour, is one of the obvious legacies of eurocentric beauty standards. Yet colourism continues to hide in plain sight. Is it so insidious we can’t call it out or talk about it?

In Netflix’s addictive and controversial new reality show Indian Matchmaking, where matchmaker Sima Taparia works to marry up her clients from across the world, colourism is troublingly normalised. One of the key attributes a potential partner should have is a “fair” complexion, an attribute which is also tied to the caste system. It’s something which is mentioned so casually that one could miss the connection between having “fair skin” and being beautiful, powerful and, perhaps worst of all, valued.

The perception that dark skin is “bad” and lighter skin is “good” continues to haunt the culture: earlier this month the Italian fashion brand Marni pulled a campaign which featured dark-skinned models posing alongside colonial and slavery-centric imagery and words, with one model wearing chains on his ankles.

Earlier this week, the American actor Zoe Saldana, who is of Dominican and Puerto Rican descent, apologised for playing Nina Simone in the 2016 film. It was an apology with a space in it where a conversation about colourism should have happened. “I should have never played Nina,” she said. “I’m so sorry. I know better today, and I’m never going to do that again.” Not explicitly mentioned was the fact that Saldana’s lighter skin was seen as more bankable in Hollywood; for the role, she wore darker-toned makeup, an afro wig and a prosthetic nose – a sort of cinematic blackface that’s unsettling when you seen it on screen.

Last month the actor Viola Davis was featured on the cover of Vanity Fair; she was photographed by Dario Calmese, staggeringly, the first black photographer to shoot a cover for the magazine in its 107-year history. Yet the triumph had a sting in its tail. The photograph of Davis was inspired by The Scourged Back, an iconic and extremely disturbing photograph of a black man named Gordon, sometimes known as “Whipped Peter”. Gordon was a previously enslaved man who ran 80 miles to join the Union army in 1863. His back was brutally scarred from whippings, and northern abolitionists printed and distributed the photo to disprove white southerners’ claim that slavery was a benign institution.

In an interview with the New York Times, Calmese explained: “I knew that this was a moment to say something … I knew this was a moment to be, like, extra black.” But some critics have questioned what “extra black” means, and if this reimagining of the slavery narrative would have worked with an actor who had different-coloured skin. “This photographer NEVER would have reimagined ‘The Scoured Black’ with Halle, Thandie or Zendaya,” tweeted writer Kellee Nicole Terrell. “This fascination black men … have with linking dark skin women to slavery and trauma is jarring.”

There are disturbing parallels here with the narratives of slavery. “Preferential treatment was given to slaves with light skin,” Phoenix told CNN, “who were the mixed-race children of slave owners and slaves. They were allowed to work in the house and were seen to have higher status than those with darker skin and those who had traits that were more similar to African features. The contrast between the way they were treated helped to ingrain the idea that light skin was better.” It’s sad that hundreds of years later, we are stuck in these narratives.

In Brown Skin Girl, Beyoncé sings of self-love and pride at one’s skin tone: “There’s complexities in complexion / but your skin, it glow like diamonds.” It can be read as a protest song of sorts, whose message needs to heard now more than ever.