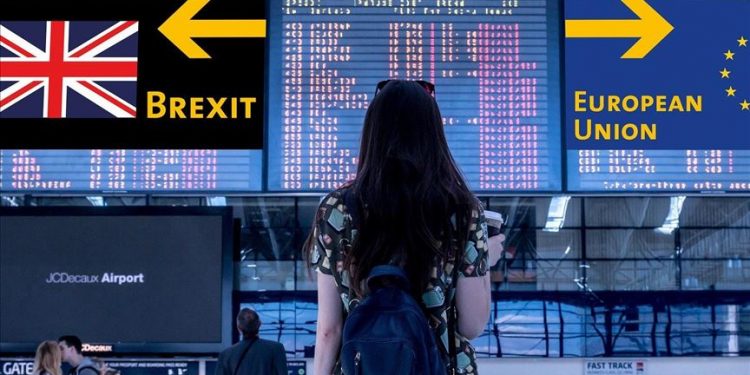 Less of the British public sees Britain as a force for good in the world than 18 months ago.

According to a poll by Ipsos Mori, which surveyed 1,068 British adults aged 16-75 in September, 49 percent said they believed Britain is a force for good in the world, 10 points below the results of an April 2019 survey.

Other results included 41 percent of respondents saying the country should strive towards being a heavyweight on the international stage. More people since April 2019 also believe Britain should stop pretending it is a significant power. Although, more of the public — 36 percent — think the country should increase its global influence rather than reduce it – 16 percent.

The poll was commissioned by the EU-UK forum, a new Brussels-based outfit that promotes a close relationship between the two partners.

It comes after a tough month in negotiations for the parties on Brexit and what a trade deal might look like after the transition period for the country’s access to the customs union and single market ends. Points still need to be resolved on state aid and fisheries, to be picked up Tuesday.

The government’s introduction of the internal market bill that could disapply parts of the previously agreed Withdrawal Treaty has also exacerbated tensions with the EU casting doubt over Britain’s integrity as a trade partner, sentiments expressed by US Democrats as well.

Messaging, however, resumed a more positive tone from both chief negotiators Michael Gove and Michel Barnier, who resolved a deal would be agreed.

Four out of 10 Briton’s responding to the poll also acknowledged Europe’s importance as a partner, with twice as many people saying it was its most important relationship in the world over the US or the Commonwealth.

Four in five people also think that the relationship should remain close despite Brexit, even though only 39 percent of respondents felt that was likely, a result that has decreased 13 points since last April.

Two in five respondents also believe the priority for the two partners is striking a trade deal.

The EU-UK forum’s chairman Paul Adamson said that “only a minority wants to see the UK stepping back from the global stage.

“Since Brexit is a process – not a final destination – the EU-UK Forum is being launched to facilitate and nurture constructive and informed dialogue between the UK and the EU”.